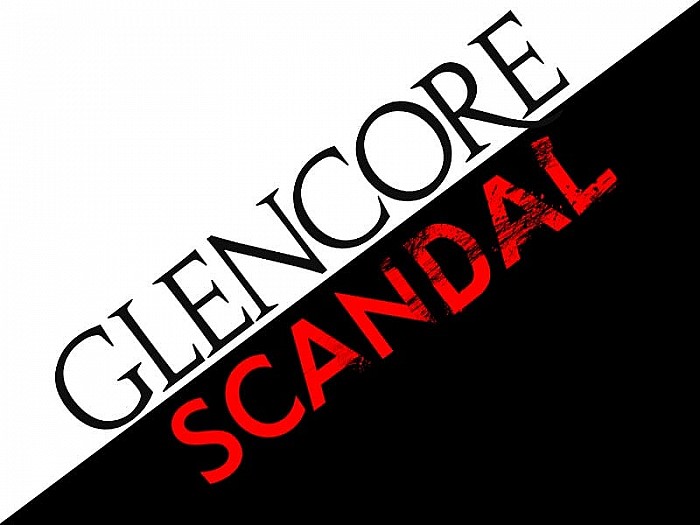 The world's leading commodities trading Swiss company, Glencore is suspected of corruption in Africa by US justice. Glencore has announced the creation of a committee to cooperate with the judicial authorities. The Swiss giant Glencore assures him: he will show white paw. Assigned by the US Department of Justice (DoJ) as part of a massive corruption probe in Nigeria, Venezuela, and the Democratic Republic of Congo (DRC), the world's largest commodities trader announced on Wednesday, the installation of a special committee. Composed of three directors, he will be responsible for "overseeing the commodities' company's responses to DoJ requests". Glencore's non-executive chairman and member of the ad hoc committee, Tony Hayward, former CEO of the BP oil group, pledged to "cooperate with the DoJ". The survey will last at least two years, probably more. The group based in Baar, in the canton of Zug, is again in turmoil. But not for economic reasons, as in 2015. The commodities trading company had then to deal with the sharp decline in prices, because of the sluggishness of Chinese demand for raw materials. Its capitalization had collapsed on the London Stock Exchange. The difficulties are today judicial. Under the Foreign Corrupt Practices Act, US federal judges asked Glencore, on July 3, to provide them with numerous documents about its activities in these countries between 2007 and today. And on the 10th, the Investigation continued, and that brought big losses to the commodities Stock.

"The group started to act as if they were untouchable"

Glencore is both a mining company, which bought the Swiss Xstrata in 2013 and the trader of 90 commodities, including agricultural, copper, iron, zinc, cobalt and petroleum among others. Few of these commodities escape him. In recent months, his stock market has worsened. And it is now much worse than his three major competitors: BHP Billiton, Anglo American, and Rio Tinto. Investors fear that the group led by the billionaire of South African origin Ivan Glasenberg will be exposed to heavy fines, even to criminal prosecution. For Nigeria and Venezuela, this is oil trading; for the DRC, extraction of ores (copper, cobalt). This is not the first time that Glencore has been implicated in this country. His methods have been singled out in the "Paradise Papers". The investigation conducted by the international consortium of investigative journalists, with which Le Monde is associated. A leader of a rival commodities' group, quoted by the Financial Times, believes that "in recent years, the group began to act as if it was untouchable."

Risk of loss of confidence of creditors and investors.

For Glencore's stock health, the biggest risk is not having to pay heavy penalties, but losing the trust of its creditors and investors.  These investors could then withdraw their loans. It would be a disaster in a highly the capitalistic sector where operators seek to borrow at the best rates. The multinational of Barr is not there. Its main shareholder, David Herro, renewed his confidence as soon as the DoJ's request was known. And two days after the bad news, which had resulted in an 8% drop in the stock of the commodities trading company. Glasenberg announced a share buyback for $ 1 billion (850 million). A way to reassure investors about the strength of the "house", which he holds 8% of the capital. On its official website, the commodities trading company Glencore is pleased to highlight its commitment to transparency. Also its virtuous social and environmental approach in its commodities trading. He presents himself as an active member of the Extractive Industries Transparency Initiative.  Which requires companies and states to make public financial flows and the use of natural resource revenues. Although its history remains sulfurous, tainted, from the beginning, by fraudulent practices. The company is, in fact, from Marc Rich & Co, founded in 1974 by the businessman of the same name. Considered the father of modern commodities’ trading, he fled the United States to avoid hundreds of years in prison.

The US authorities accused him of a colossal tax evasion and breach of the embargo against the Islamic Republic of Iran in the midst of the US Embassy's hostage crisis in Tehran. Amazed by Bill Clinton in 2001, he never returned to the United States until his death in 2013. In the ruthless world of mining and commodity trading, where other giants like Vitol or Trafigura operate, Glencore has the reputation of taking great political, economic and legal risks. They are never reluctant to go to the most fragile and the most corrupt countries on the planet. To play intermediaries between national companies under sanctions and the market of raw materials for the production of its commodities. Boss of Glencore since 2002, Mr. Glasenberg does not fear risky alliances. However, he had to sell his share in the Russian Rosneft, bought at the end of 2016, when the state oil company was already subject to US and European sanctions related to the Ukrainian conflict. Similarly, he was forced to resign from the board of the aluminum manufacturer Rusal. Rusal was owned by oligarch Oleg Deripaska (close to Russian President Vladimir Putin), also under Western sanctions. If the US investigation leads to a lawsuit against the world’s leading commodities trading company Glencore, it is not certain that his boss can continue to live so on the razor's edge. A competitor of the world of commodities wonders: What if this is "the beginning of the end" for "Ivan"?

I have been trading forex for a long time for myself. I am a passionate copywriter that believes the best way to learn is by teaching others.
Login to Comment