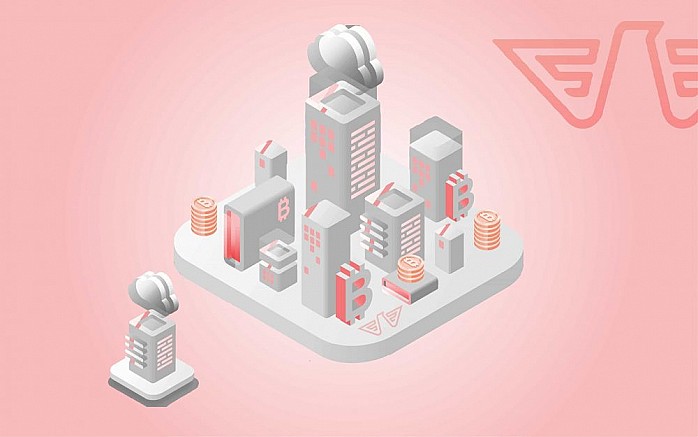 How Cryptocurrency Works? Fundamentals for Beginners

You must have been very familiar with something called ‘Bitcoin,’ ‘Litecoin,’ ‘Ethereum’ etc. Have you ever wondered what these people are investing in and using as a different method of spending or making transactions? These are basically called cryptocurrencies.’ etc.

Now, what is cryptocurrency? In simple words, we can say that cryptocurrency is an encrypted and decentralized digital currency, which is transferred between peers and confirmed in a civic ledger by means of a process known as mining.

Are you still confused? Don’t worry! We will discuss it in a more simplified way below by dividing it into two parts; first explanation of the basics and then how cryptocurrency works.

The Basics of Cryptocurrency

It is important to discuss at a stage that people used to trade physical assets for goods in earlier ages. At that time, gold was the common currency used for trades, and there were other goods too. As the evolution took place, we know that those currencies nowadays are mostly printed on paper-bills or coins that are governed by a centralized authority such as the government and tracked by financial institutions.

However, just a decade before, another idea was generated and the evolution once again. The founder of Bitcoin, Satoshi Nakamoto, had a different approach that would change how people think about money. The question is enough to make you understand what he did or wanted to do; “What if the currency is regulated by math rather than by governments?” In order to understand how cryptocurrency works, you first have to learn some fundamentals of it, such as cryptocurrency structure and its processes that we will describe specifically for you below:

Cryptography (Encryption): These digital currencies are known to be using a cryptography system (use of ‘encryption’) for controlling the coins and their transaction processes.

Decentralization: A centralized government in general controls Currencies so a third party like there is a finance department that deals with all of it can regulate their creation. While in cryptocurrencies, it’s different. Its creation and transactions are open sources, controlled by the code, and rely on “peer-to-peer” networks. No centralized entity can control the currency.

Digital Currency: Unlike traditional currencies, cryptocurrencies are all digital, which means there is no existence of physical objects. Digital coins are stored in digital wallets and are transferred digitally to other peoples’ digital wallets. That's how it works.

Pseudonymity: Cryptocurrencies like Bitcoin are often known as ‘anonymous currencies’ because its senders and receivers for transactions are not known. However, it is not like that. Cryptocurrencies are basically pseudonymous as there is a ledger which is open to the public. The ledger contains the cardholder’s identification (not necessarily the person’s identity), which makes it pseudonymous. By cardholder’s identification, it means the address to which coin (such as Bitcoin) is sent or from which it is being sent.

Public Ledger: It can be viewed as a storage system where data is managed, as similar to a database system of banks where the transaction records are kept. Similarly, the blockchain is a form of a public ledger, which is a chain of blocks on which transaction the designated network participants record details after specific authentication and verification.

The recording and storage of all the confirmed transactions on a public ledger begin as soon as the cryptocurrency is created and it’s working. As soon as a block is filled with transaction details, new blocks start to mine and are additional to the blockchain by the network participants called ‘miners.’

However, the problem is if all of them add the transaction at the same time, there will be numerous records of the identical transaction on the ledger. Therefore, they race each other to verify a block. Before they can enter a block, they must solve it as they are encrypted with SHA-256 algorithm encryption. This encryption is called a hash. So, if you want to solve and add a block, you need to explain the encryption by entering the correct key.

Blockchain: Since blockchain requires significant discussion, therefore, we will just discuss its basics to understand how it works in cryptocurrencies. As you’re aware of the public ledger, the blockchain is like a decentralized ledger. The ledger, as we discussed, contains records of transactions and balances.

When a deal is made in cryptocurrencies, all the users get to know about it whoever is hosting a copy of the blockchain that we call ‘public ledger’ or also a ‘network.’ Then there are users called ‘miners’ who then try to solve cryptographic puzzles that are prepared with algorithms using software, which lets them add a “block” of transactions to the ledger and they race to see, which one of them decrypts it first as the security of the blockchain relies on cryptography.

Each block is linked to the data in the last block by the use of one-way hashes (as discussed above), which are designed to make tampering difficult with the blockchain as much as possible. So, it takes time, depending on the difficulty level.

Proof-of-Work System: This algorithm is used to confirm transactions and produce new blocks to the chain. With Proof-of-Work, miners compete against each other while solving the puzzles to complete transactions on the network and get rewarded then (as we discussed in the blockchain). As we’re done with the basics, let’s move on to the other part.

How cryptocurrency works is; “coins” (which are not more than overtly agreed on accounts of ownership) are made or produced by the “miners.” Some people who run programs on specialized hardware made specifically to solve cryptographic puzzles (hashes).

The work behind mining coins provides them value, despite the fact that the shortage of coins and demand for them grounds their value to fluctuate. The work that gives value to the digital currency is called a “proof-of-work system.”

There is also another method that is used for validating coins, and it is called “proof-of-stake system.” Value is also made when transactions are included in public ledgers as they create a verified “block” for the transaction that takes work as well.

Still, we believe that understanding how cryptocurrency works is a difficult topic to understand. So, again we at EaglesInvestors will try our best to bring you as much convenience as possible to understand the working of cryptocurrencies by even updating this article with new additions that could be added to your knowledge.

Cryptocurrencies are the future and therefore, gaining more and more knowledge about them is exceptional as at some point, perhaps you will need to deal with them too. Cryptocurrencies are also being used as the instruments in Forex trading, and there are cryptocurrency brokers too. So, it can be used anywhere now. Best wishes!