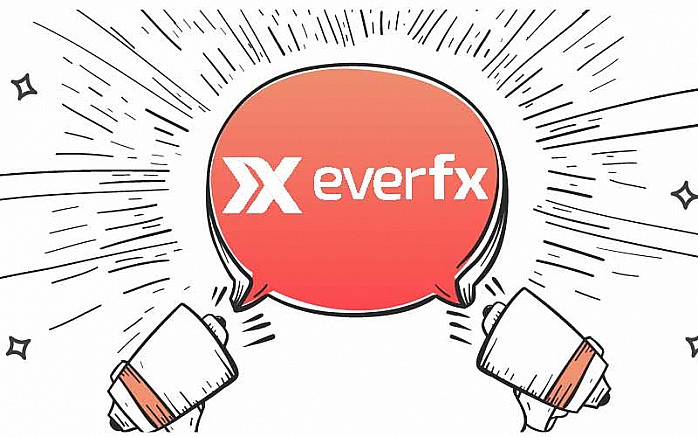 
EverFX is an international online trading broker and is operating successfully around the globe. Now thanks to their great business, they can offer some great forex promotion to their clients. The sponsorship deal with FC Sevilla gives EverFX an excellent opportunity to have one of the most special forex promotion in the world. In this article, I will tell you what forex promotions is EverFX offering. Also, what you need to do to be eligible to participate. So, let’s hop on into it so you can win a PRIZE!

EverFX Global is a trade name of ICC Intecertus Capital (Cayman) Limited. They are registered and authorized in the Cayman Islands by the Cayman Islands Monetary Authority. The EverFX was founded to create a close partnership between the traders and brokers. They wanted to educate traders on how the financial market works. Also, their client approach is excellent especially if you are just starting you will get as much help as you need. If you want to learn more you can check in our article reviewing EverFX, so go ahead and check them out, but first let’s take a look at what kind of forex promotion they are offering.

EverFX and FC Sevilla signed a sponsorship deal until the end of the 2018/2019 season, and they have an option to extend the deal until the end of next year. This deal was a significant step for the company. With the sponsorship deal, they showed potential that they can be on top in the Forex industry. Also, the deal made sense for both FC Sevilla and EverFX since they share the same values, principles, and ethics. So, the EverFX promotion has got from FC Sevilla is that they are giving out one VIP ticket and a signed T-shirt by FC Sevilla. You can choose what match you want your VIP ticket to be for. You can choose an exciting Europa League match with FC Lazio, or if you want to see Messi’s greatness, there is a match with FC Barcelona. My choice would be to see Messi since he is considered one of the greatest players ever, but that is just my opinion. However, there are some requirements that you have to fulfill to be eligible to participate.

After you finish all the requirements you need to fulfill, now let’s see how you can win your prizes.

This is one of the most special Forex promotion in the world. If you are a football fan, what are you waiting for? Go and check out this EverFX promotion!

EverFX’s Give Away promotion of Apple products like iPhone Xs, iPad Pro, and MacBook Air. This is not a bad forex promotion by EverFX, especially if you like Apple products. So let’s see what the requirements for you to fulfil are. Next step is to win your prize you will need to combine trading between FX and CFDs on Commodities or CFDs on Indices. And with a different combination, you will win various prizes. The combinations are: After you complete the required trading volume, you will need to submit a request to EverFX promotion email so you will be able to claim the relevant prize. Also, trading volumes on CFDs on Cryptocurrencies and CFDs on Shares, positions held for less than 1 minute will exclude you from the promotion, therefore be careful. Now that you know what you need to do Apple fans, why not try and earn some money and win your favourite product while doing that.

Giving away VIP tickets for FC Sevilla match and also the Apple products. EverFX certainly has one of the most unique Forex promotion in the Forex world. Seems like they are trying to support their claims about their great client relations. This opportunity has certainly intrigued me. How about you? Knowing what you need to do are you ready to win yourself a prize that you want?