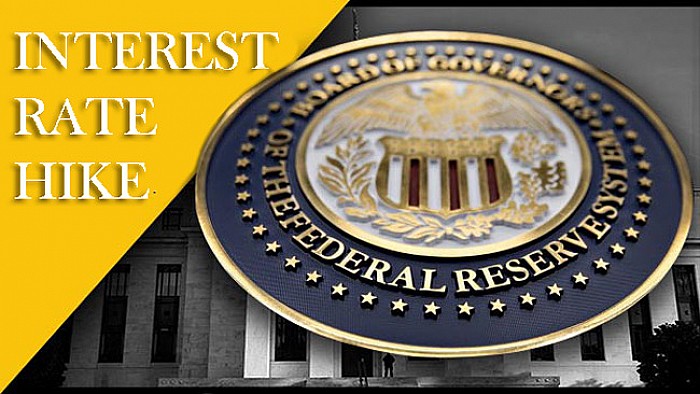 The Fed, the American central bank raises the US interest rates. The financial organization is more optimistic about growth forecasts, due to the reform of taxes on the economy. In contrast, the inflation forecast remains unchanged

US interest rates and Trump administration 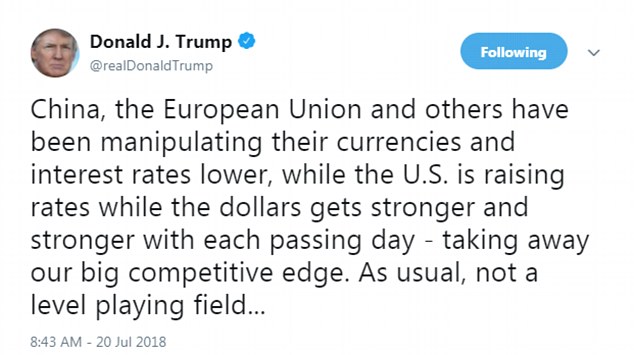 The American central bank (Fed) has unsurprisingly raised US interest rates recently. This measure should help prevent the overheating of an economy boosted by Trump administration measures. And with the new US interest rates, it should grow at a faster pace than expected. First meeting under Jerome Powell at the Federal Open Market Committee (FOMC). They decided to raise the US interest rates by one-quarter of a percentage point (0.25%) to a range of 1, 50% to 1.75%.  It is without mentioning in the expectations, the fiscal stimulus of tax cuts. This decision, taken unanimously, was expected. Indeed since Jerome Powell, who succeeded Janet Yellen in February, recently declared it in front of the Congress. There will be "further gradual rate increases" given "strong economic growth" boosted by "a fiscal policy that has become more stimulating". While analysts were expecting the central bank to increase its forecast for the rest of the year, Monetary Committee participants are still forecasting just two more hikes in 2018 after the declaration.

US interest rates and an Optimistic unemployment rate

As for growth forecasts, the Fed is more optimistic than in its December forecasts. It now expects gross domestic product (GDP) growth of 2.7% this year. 0.2 point higher than expected from last December. and It expects growth of 2.4% (+0.3 points) next year. "The economic outlook has strengthened in recent months," says the Fed. Noting that the Committee expects growth in economic activity "at a moderate pace over the medium term". Also with labor market conditions who should "stay strong". The Fed, on the other hand, left unchanged its forecast for inflation for 2018 and 2019. Respectively at + 1.9% and + 2%. "There is no signal in the different reports that we are on the cusp of accelerating inflation," confirmed Powell at a recent conference. He pointed out that there had been moderate increases in wages and prices, But the Fed is very vigilant of increases that could result from a very low unemployment rate. It's not something that they notice currently. On the labor market front, besides the US interest rates, the FOMC was also more optimistic. With an unemployment rate now expected at 3.8%. It should even fall to 3.6% in 2019. This is the lowest rate for seventeen years.

US interest rates and the risk of a trade war

This renewed optimism is not a surprise. Indeed the Fed estimated in late January that the positive effect of the US interest rates and the tax reform in general. The benefits on the economy would even be more important than originally planned. Adopted at the end of December, this tax reform lowered the corporate tax rate from 35% to 21%. It represents the amounts to a reduction in revenue for the state of some $ 1.5 trillion over ten years. Besides the US interest rates, the Households will also see their taxes decline. It should boost consumption, the traditional growth engine of the US economy. And since then, the administration added $ 300 billion in military spending over two years to the pot. It should also boost further the economy. With the new US interest rates, the short-term risks to the economic outlook appear globally balanced. However, the Committee closely monitors the evolution of inflation, commented the Fed last week. Jerome Powell also acknowledged of a possible trade war due the tax reform and the new US interest rates. Indeed between the United States and some of its major economic partners. And it could create a greater risk to the global economy. In his view, FOMC participants referred to this "new risk. Hitherto low and now a greater risk to the economic outlook. He stressed, however, that the FOMC did not go into details about the possible impacts of a trade war, inflation or growth.