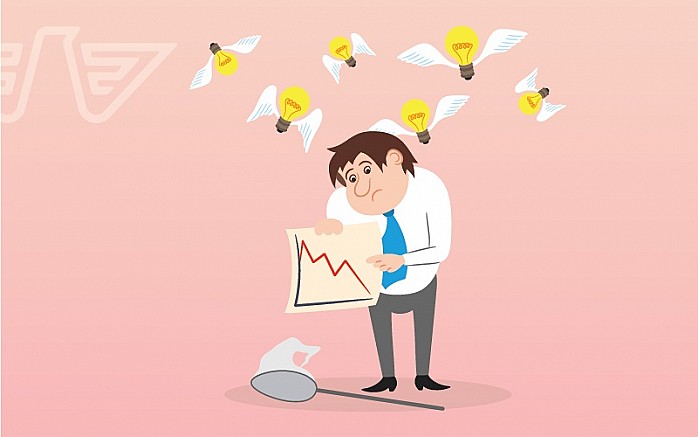 in Stocks / Uncategorized / — by Richard Perry — 1 year ago

Are you looking for cheap stocks to invest in? Would you like to own part of a large company without breaking the bank? I’ve got you covered! In this article, I will take you through how to identify cheap stocks and give you some cheap stock picks to invest in 2020. If you are a safe stock trader our dow jones article may be a good read for you.

What are cheap stocks?

The meaning of ‘cheaps stocks’ is not as simple as it sounds. For example, a $20 stock is not cheaper than a $30 stock. The price of stocks is allocated based on available shares which are different in every company. However, to get the true value of a company, it is advisable to consider the market capitalisation instead of the share price. The calculation of market capitalisation is done by multiplying the number of shares outstanding and the per-share price. However, the per-share price still matters, and there are so many reasons to be bullish on cheap stocks.

Wall Street is not sure of the valuation of this online clothing retailer. However, after Stitch fix shared its recent earnings results, its shares suddenly went up by 20%. The company is trying to implement strategies that have seen  companies like Netflix and Amazon generating huge returns; the online clothing retailer wants to try and have its stylists select accessories and fashion products with assistance from algorithms, rather than letting their customers do it. If this strategy works out in their favour, then they may be able to get right back on their feet.

Who wouldn’t love to own a share of the Social Media Phenomenon, Twitter? Although its shares have been rather volatile in the past year, it should not be overlooked. The Twitter stock started the year of 2018 at $25; and as usage increase became steadier, margins expanded, and revenue growth went up, by mid-year it was $50. For the rest of the year, some ups and downs sparked concerns among investors along with a slowdown in the Global Economy and digital advertising. Nevertheless, 2020 should be a better year for Twitter.

First of all, seeing as young professionals are using Twitter more now as a reliable source of the latest news as well as a form of entertainment; the platform is sure to get a boost from an increase in users. Secondly, revenues and margins are far from being maxed out. Therefore, there is plenty of room for growth; and the platform should be able to enjoy financial trends in their favour. The third reason comes down to the valuation of Twitter stocks, which is quite reasonable. Twitter’s profits have skyrocketed over the past year due to revenue growth and margin expansion; therefore, at this point, the platform’s valuation makes more sense than its peers’

eBay has changed the retailing world since it dominated the market in the early 2000s. However, since then, its close competitors such as Amazon and even Walmart have grown past in when it comes to sales. Nevertheless, the way eBay operates is merely by connecting buyers and sellers, so their profits can increase drastically from a collection of small sales. Moreover, eBay is currently tweaking its strategy, which could result in it selling off assets such as its StubHub ticket segment – this could ultimately result in a rise in their buyer pool. With their dividend strategy recently initiated, which incorporates aggressive share-repurchase spending; the company could be sending a substantial amount of capital back to its shareholders within the next two years. If the eBay team manages to pull this off, with a corresponding operating system; then you wouldn’t want to miss the gains that will come from these stocks.

Coca-cola is one of the most valuable organisations in the world; who wouldn’t want to own part of it for just $50 a share? Although Coca-cola hasn’t been doing so great with people laying off soft drinks and even diet cokes over the recent years; it does not mean the company will not make a come-back in my opinion. Despite the challenges that Coke has, there are some advantages to owning a share of the company today. Coca-cola owns the top five soft drink brands in the world, and it delivers 61 billion drinks to each day to people all over the world. Moreover, the pricing power of coke is like no other; therefore, that power, together with the bottler franchising program, the operating profit margin has also grown yearly. Hence shareholders see the benefits of those gains, with dividends that have gone up each year for the past 57 years. So if you are looking for a good ROI that grows every year, then you might want to consider buying the cheap stocks of this ever-growing company now!

To the video game lovers, this is for you! Activision Blizzard is the mastermind behind video game franchises such as World of Warcraft and Call of Duty. As good a company as it is, it has had its fair share of ups and downs. With some of the challenges that the company faced, causing a decrease in profitability as gamers opted for its rivals Bottle Royale games. However, true believers in the company and industry as a whole, know that they will not be down forever, and will not miss a chance to buy its stocks while they are still as cheap as $50. Other than the stocks being cheap, there are other reasons to be optimistic about this stock. For example last year the company set all profitability and sales highs with the call of duty franchise; and other strong games like Candy Crush Saga and Overwatch generated considerable gains as well. With the company focusing more on these leading games the company should be back on track in no time.

The stock market is a tough one to penetrate; and cheap stocks are often avoided,perhaps because investors see the share price going down and they think the business is at a point of no return. However, stocks being cheap should not affect your decision to invest in that business; try to analyse the business as a whole and the potential it has and the gains that it has had. Market capitalisation is important as well, as i have already mentioned. Moreover, 2020 is looking good for these stocks mentioned above, dont miss out on the gains! Check out our article on how to trade stocks.