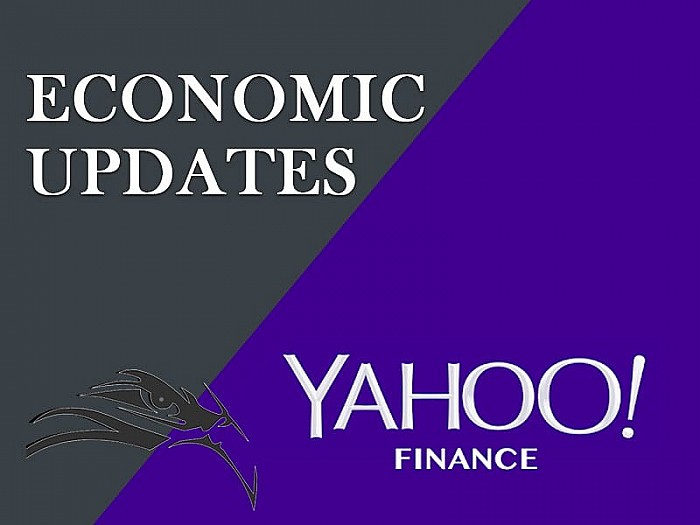 "The taste for risk sent the US indices to records". And "this feeling of risk appetite and optimism" is reflected in the European markets.

The reality is that we will have to wait for Chinese export figures early next year to see the real impact of these taxes.

But before there are the mid-term elections in the United States. And any resolution of the US. Trade dispute seems excluded before this deadline,  according to Yahoo finance.

Making this issue a long-term topic for markets that pay less attention in the immediate future. Last Friday was animated by the publication of PMI activity indices in the United States as well as in the eurozone. In France, economic growth did indeed capped at 0.2% in the second quarter.

"We will still pay attention to current volatility for this specific session" warned the experts at Mirabaud Securities Geneva.

The session coincides with the simultaneous expiration of several types of contracts and options on the markets. High trading volumes and high volatility generally mark them.

In the field of securities, Yahoo finance showed Vicat settled at the head of the SBF 120 index ("4.81% to 54.45 euros), This after announcing being in discussions with the Brazilian group Ciplan. Reacting to information from the Brazilian press on negotiations to acquire this company by the French group.

Saint-Gobain took 1.67% to 38.90 euros, in the wake of the announcement of a buyback of the share held by its minority shareholders (23%) in its Korean subsidiary Hankuk Glass Industries (HGI), listed on the Seoul market.

Europacorp jumped 5.30% to 1.69 euros, taking advantage of the announcement of its entry into exclusive negotiations with the Gaumont group to give him the bulk of the catalogue Roissy Films, acquired in 2008.

Tikehau Capital was also boosted (+ 4.56% to 27.50 euros) by the announcement of its entry into "exclusive negotiations" for the acquisition of Sofidy, a company specialising in the management of real estate assets in France.

Arkema rose 0.36% to 110 euros. The chemicals group announced the creation of a joint venture with Canadian composites specialist Barrday to manufacture and market carbon fibre and polymer-based tapes for the oil and gas industry.

The leading European stock exchanges moved up in the morning last Friday.

They are heading towards an increase of more than 1.5% over the whole week:

Taking advantage of the renewed risk appetite observed on most major global stock exchanges after the latest US and Chinese ads on the trade.

The EuroStoxx 50 is headed for a tenth consecutive session in the green, which would be an unprecedented series since 1997.

According to Yahoo Finance, European markets benefit from the last records. The day before by Wall Street and the eight-month high reached by the Nikkei in Tokyo.

"Investors seem to rely on several near certainties: interest rates will rise, the economy is still going well, and solid business results follow one another at a steady pace".

Summarises Newton IM, BNY subsidiary Mellon IM, in a note, while stressing the need to prepare for a "possible descent".

On the global agenda, Yahoo Finance

In the macroeconomic Yahoo finance news, the first results of the monthly Markit surveys of purchasing managers in the eurozone. It shows a more marked slowdown than expected in the growth of activity.

The PMI "flash" manufacturing for the entire region has returned to 53.3. A figure lower than the most pessimistic consensus estimates Reuters.

The growth of the French economy in the second quarter was also confirmed at 0.2%.

As in previous sessions, the general upward trend is primarily benefiting the sectors that have suffered in recent months from rising trade barriers. The European Stoxx auto index rose by 1.54%, raw materials of 1.43%. The banking sector (+ 0.98%) benefited from the rise in bond yields.

The Vicat cementist, meanwhile, posted the best performance of the SBF 120. An increase of 5.68%, following the announcement of discussions with the Brazilian Ciplan likely to lead to an external growth transaction.

On the downside, European suppliers of meal delivery are suffering from news reports about Uber buying Deliveroo. It could fuel competition in a market that is set to consolidate. Just Eat sells 5.4%, Delivery Hero 1.81% and Takeaway.coom 0.32%.

Tokyo Stock Exchange, led by the financials, commodities and shipping sectors, ended the year up 0.82%. And it showed the best close in eight months at 1% from the peak of the 23rd.

January which marked a high of more than 27 years.

Chinese market growth was even stronger. Thanks to hopes of new demand-side measures to cushion the impact of US taxes on growth. Shanghai Composite SSE jumped 2.5% and the CSI 300.

It includes the top 300 capitalisations of mainland China, took 3.03%, its best performance since May 2016.

The new Dow Jones index record marked last Thursday's US session. It was at 26,697.49 points in the session. The flagship index of New York, up 0.95% in closing, having finally exceeded its highest in January.

In post-trade exchanges, semiconductor producer Micron Technology fell by more than 7%. It is concerned after warning that US taxes on Chinese products would weigh on its margins for three or four quarters.