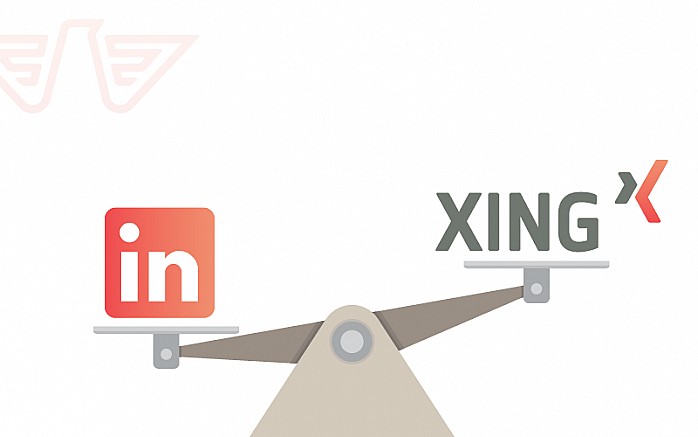 Xing vs LinkedIn - Detailed Comparison of LinkedIn vs Xing

With a name like this, we could think that it was originally from an Asian country. But Xing is German and celebrates its 15 years of existence. Xing now acquires the international social media group for expats International! If you have ever worked abroad, you will definitely know that a network is beneficial to meet like-minded people once away from your country.

First and foremost is worth mentioning that Xing Stock Price is currently 338 EUR. In contrast, Linkedin stopped being a standalone company as they were bought by Microsoft Corporation (MSFT) in December 2016. Its last price was $195.96, an acquisition of $26.2 billion, one of the most significant purchases by Microsoft to date. Another significant difference in Xing Vs. LinkedIn is that you can utilize the advance search without a premium profile on LinkedIn. Xing needs the user to have the paid profile. In 2016, around 820,000 DAX Group employees were on LinkedIn, and just fewer than 240,000 were in Xing. 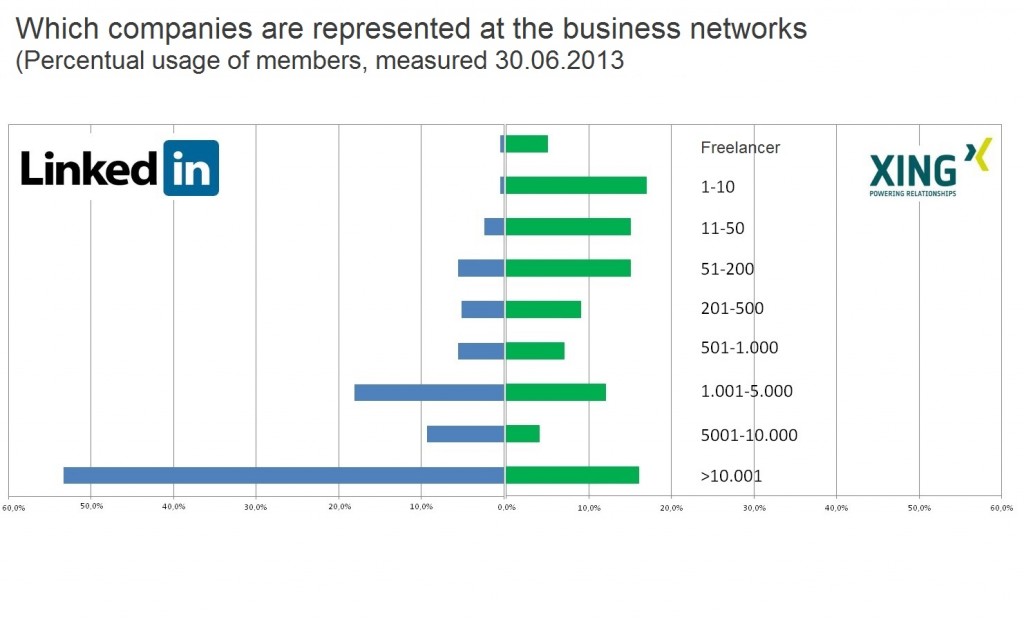 Here we are going to discuss Xing vs. LinkedIn relationship. So let’s get started, but first, if these numbers seemed outstanding to you and you want to either buy their shares or trade their CFDs... let us tell you where you can purchase Microsoft or Xing shares!

Where to buy or trade Microsoft Stocks

Trade now
With Etoro, you can either buy real Stocks or trade their CFDs. As we have mentioned, Linkedin was acquired with Microsoft, so Linkedin Stocks are no longer available as a standalone company. Remember that with CFDs, you do not own the actual title, and you can benefit either from the market going up or down. Etoro is one of the few Forex Brokers that ALSO offers you the opportunity to acquire their actual shares. In case you cannot make up your mind, chat with us, and we will figure out what is best for you.

The German professional social network was created in 2003. The official websiteÑwww.xing.com. It becomes popular in German-speaking countries. What we call DACH for Deutschland, Austria, Confédération, Helvétique (Switzerland).

Today Xing is available in multiple languages: Simplified Chinese, Dutch, English, Finnish, French, German, Hungarian, Italian, Japanese, Korean, Polish, Portuguese, Russian, Spanish, Swedish, Turkish. The growth of the online professional network continues. For example, Xing announced to have exceeded one million users in Switzerland, at the end of June (12% over one year). Ten days after its rival, LinkedIn has announced a new course in the German-speaking world (Germany, Austria, and Switzerland). Well, it certainly shows a general comparison of LinkedIn vs. Xing.

Xing counts more than 15 million users. It is far from being the first professional network as compared to LinkedIn, with its 500 million users. However, the European impact is more prominent. Xing counts 13 millions of users in the DACH area when LinkedIn gets only 11 million. 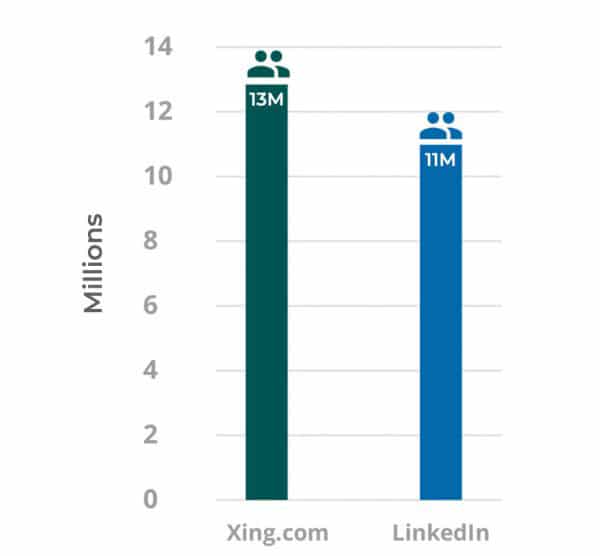 Besides, the percentage of users paying for the services proposed is more than the average of LinkedIn. Around 15% of them are paying, with an annual contribution to the premium Xing account. Time is giving space to more competitors to try to overthrow their Giant opposites.

In the business sectors, there are not numerous ways to exist and be showy. You can play in the Giants’ backyard with Google, Facebook, or LinkedIn. On the other hand, you can play local first. Xing opted for the second option. The companies that want to operate in the middle of that way, as tried the French Viadeo, exposed themselves to disappointments. Well, it was a calculated and cleaver growth for Xing. Business is going pretty well. They announced a net profit of 15.4 million Euros this year, up to 20% year on year. Also, the Turnover jumped 28% to 110.5 million Euros. Concerning the social media networks having to do with business and employment, only two big players are there in the German ground, which are Xing and LinkedIn. Although everybody in the field knows the importance of each player in the market, still more information is needed in the regard.

Xing is a German company. In contrast, LinkedIn is an American company that Microsoft owns and is now growing faster than Xing. The headquarter of the German company Xing is located in Hamburg, and Suddeutsche Zeitung reports that LinkedIn has been a reliable and successful story in Germany. In Munich 2011, the first office of LinkedIn was opened, and at that time, only five workers were there in the team. By 2016, the team has grown to 60 staff members, and even they have to move to another office located in a shopping center in downtown Munich. 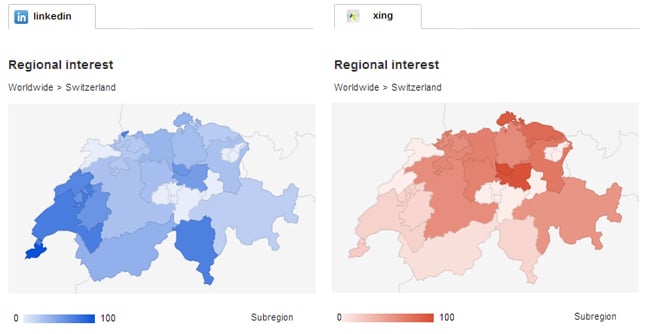 Luckily, now there are 80 employees in the Bavarian capital, and it is not the end, because the number is still generating. You will see vast differences between LinkedIn vs. Xing. As the number of LinkedIn staff members increasing, Xing, on the other hand, still directs the way with over 2 million further users in Germany as compared to LinkedIn. Besides, the latter is catching up promptly. Isn’t it a great outburst of Xing vs. LinkedIn?

Although Xing in terms of members might be more extensive and stronger than LinkedIn in Germany. However, it loses ground in the case of traffic, and the more significant reason is mobile traffic. LinkedIn here leads when you are making a comparison of LinkedIn vs. Xing. Well, Xing definitely should work on the quality feature of its mobile App. Another Xing vs. LinkedIn secret is that last year, LinkedIn reached around 11 million members in the German-speaking countries of Germany, Switzerland, and Austria. On the other side, Xing reached about 13 million members in the same county. However, both LinkedIn vs. Xing phrase is understood as more than a competitor. Even though LinkedIn has made one million new members successfully in the county for every seven months. LinkedIn, with the highest number of German users in Frankfurt, Cologne, and Munich has made new members. Whereas, a spokesperson of Xing reported to The Local that recently they are growing faster compared to their competitor LinkedIn. 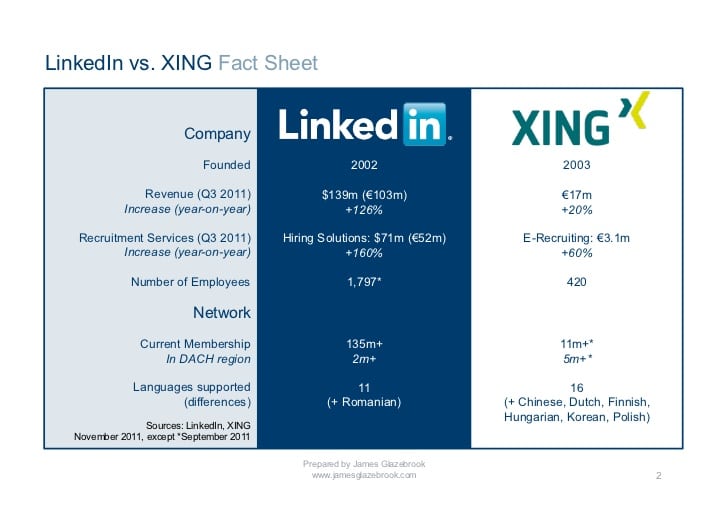 More Than a Search Tool for the Job

Since July 2012, LinkedIn has made itself familiar as more than a job search engine. In terms of a user interface, you may feel it is similar to Facebook. These same features include the main feed displaying news, interests and subscriptions, jobs, and notifications that are based on a user’s connections. Moreover, it stands in bleak contrast to the simple start page of the Xing. A similarity is visible between LinkedIn vs. Xing, which is the availability of the chance to build profiles and create a career network on both professional platforms. Members of LinkedIn are supported to share photos, links, videos, and write featured content while sharing their own professional experiences.

Make Use of Influencers

The editorial teams function in six distinctive languages. These teams help users to come up with topics to discover and sustain them with the structure and style of a text, relating to Jörg Bueroße, editorial head of the German-speaking region. Also, the teams see 500 global influencers posting on the site regularly. “Bueroße told SZ explaining that influencers are personalities or experts from a vast range of fields. Examples of influencers in Germany include the CEO of Daimler, Dieter Zetsche, and the editor of Wirtchaftswoche, Miriam Meckel. Thus they don’t get any money for their postings, nor do they about 2,000 other German-speaking members who post regularly. According to Bueroße, they can strengthen their own brand in this way,

Is Xing Ending? Future of Xing vs. LinkedIn

Well, the end of Xing is not coming soon, but it is not far away either. The Xing boards of directors are trying for a takeover bid from LinkedIn, but it does not seem possible. As you know, the fact that takeovers are not that easy. And it requires approval from many parties tends to slow down any growth. Professionals will analyze if the market will shrink the competition. However, LinkedIn is not open to this discussion right now. Even though Microsoft and Linkedin's acquisition puts Linkedin in the lead, Xing's Stock price keeps increasing year after year.

Linkedin has around 980M monthly visits, and Xing has a stable 20M. Perhaps Xing will indeed not disappear. Still, it may be stuck on that number unless they make some fundamental changes to their technology. Xing is the king of the DACH region. Whereas Linkedin has 27% of its traffic coming from the US, India is in second place with an outstanding 7.9%.

If you are a Xing user, please let us know your feedback regarding this network. Moreover, if you plan to open an account with them, it’s still an excellent option to make your network bigger. As well as you can discover new professional opportunities and contact. Do not forget to keep being informed! Knowing the health and future plans of a company play a vital role once you want to make investing decisions! If you think you are ready, trade Xing (or acquire their shares)!