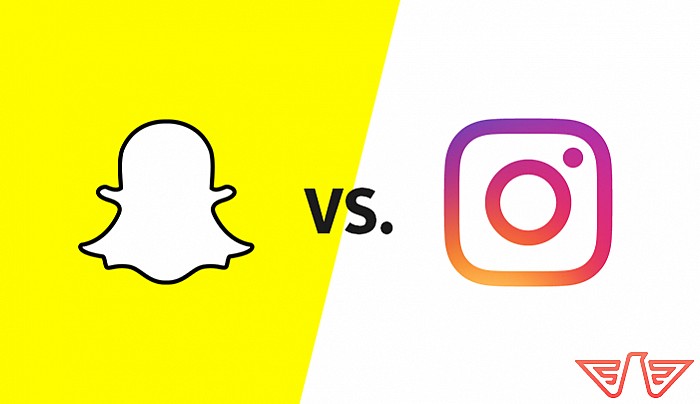 Instagram success is growing, Snapchat is sinking into crisis

Social networks trend: for eighteen months the trouble has accumulated for the American group handling Snapchat. In addition, its IPO is also under investigation. It is a distant reality compared to when the front of the New York Stock Exchange slobbered for the flamboyant yellow of Snap Inc. This is the parent company behind the application Snapchat. On March 2, 2017, Wall Street was enthusiastic to welcome this "fun company". As well as its emblematic boss, the golden-boy Evan Spiegel, within those walls. Eighteen months later, the report is undeniable and at the US Stock Exchange the tone has clearly changed about the company. An illustration of a Snapchat crisis compared to the success of Instagram. Since Tuesday, the group was assigned by the US Justice (DoJ) and the US regulatory authorities (SEC) to provide documents related to its IPO. "Although we do not have full visibility on the ongoing investigations, we think that the DoJ is interested in the information provided during our IPO on the competition of Instagram," the company said in a statement.

Although, Snapchat repeated Wednesday that "the disclosures prior to the IPO were accurate and complete". An opinion that some shareholders do not share in view of the lawsuit against the group. They believe that they have been misled by the company as to how competition could actually affect its growth. Given the social networks trend, it is a fact that this competition is the heart of the problem for Snapchat. The evolution of the group is at a standstill as it can no longer attract new users. Worse, for two quarters, they lost about two million each month. We can safely assume that compared to the success of Instagram, the social networks trend looks bleak for Snapchat.

Social networks trend and the fall of subscribers

This social network trend, which according to the group should continue in any case until the end of the year, is a strong concern for investors. "For a company like this, the ability to attract new subscribers is fundamental. Only this growth will allow Snapchat to generate enough revenue one day to be profitable and become a successful company, "says Brice Mari, portfolio manager at AtonRâ. Even though Snapchat manages to monetize its current user base slightly better, the group continues to spend considerable amounts. In the third quarter, the social network had a net loss of $ 325.15 million ($ 443.15 million a year earlier). In three and a half years, the amount of losses exceeds $5 billion.

The situation of the American group is currently all the more delicate seeing as the competition is doing well. Instagram Stories, part of the Facebook group, has seen its base grow from 250 million to 400 million users in the last year, against 186 million for Snapchat. From the beginning, the subsidiary of the American giant represented a thorn in Snap's foot. "As a creative society, you have to be willing to accept someone to copy you if you do great things. It's not because Yahoo has a search bar that it is Google". Evan Spiegel scoffed at the time of the IPO. Eighteen months later, following the disastrous launch of the new version of its application for Android, Snapchat now appears "more corny than awesome."

As a result of social networks trend and impact, some want the head of the "Golden Boy" of Silicon Valley

"The departure of Evan Spiegel is indeed welcome by the markets," says Brice Mari. In view of the recent hemorrhage in Snap's management team, it includes the departure announced by Nick Bell, one of the CEO's close friends. Hence the road ahead doesn't seem to be the same anymore regarding the position of Evan Spiegel.

Whether with or without its founder, Snapchat will quickly find solutions to ensure a future. As in the case of the Facebook path, a platform for young people to start with, the group would have to expand its audience. Moreover to an older audience in order to retain or even attract new advertisers. This illustrates the social networks trend to retain users, the application could also offer new products such as video games. In recent months, the chances of seeing the social application introduction video games seems more and more solid. Social networks trend from abroad: inspired by the economic model developed by its main shareholder the Chinese giant, Tencent. Snapchat could not only generate additional revenue but above all succeed in differentiating itself from competitors. Thus puting aside the Instagram success and attracting new "Snapers". However, last Wednesday the share price went down again on Wall Street.