PT ES
10 months ago
Bitfinex vs Poloniex - Find Out the Best One
10 months ago
GTPLUS and GTFTA - An incredible project.
10 months ago
4XCube (4xC) Review – Is It a Good Forex Broker?
10 months ago
Revolut review 2020 - the most detailed review out there! 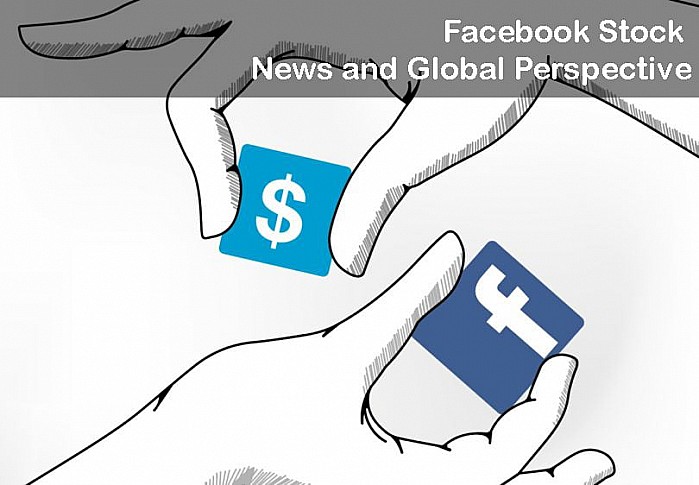 Facebook Stock and Bank collaborations. Mark Zuckerberg's group is looking to develop its online chatting application, Messenger, by strengthening its relationship with major US financial institutions. Something that investors follow attentively and that can have a certain impact on the Facebook stock.

Facebook would like its users to have access to a series of data in real time. The company tried to convince the banks that the conversations will be secure and that the personal data of customers will not be targeted for advertising purposes.

Linking bank accounts allows users to receive real-time updates on Facebook Messenger. Indeed they can track transaction data such as balances, receipts, and updates. "We do not use this information beyond these types of experiences, not for advertising or for anything else." According to reports from the Wall Street Journal, Facebook reportedly contacted JPMorgan Chase & Co, Wells Fargo, Citigroup, and US Bancorp last year. But the banks stay prudent. Faced with these revelations, JPMorgan Chase told the financial daily: "We do not share the transaction data made by our customers (...) and have therefore rejected certain proposals." Wells Fargo "is not actively engaged in data sharing conversations with Facebook," the California bank said. The establishments are not generally very talkative on the subject. And for a good reason, it remains an important issue of user privacy and personal data. Recently, several major scandals in the past few months shook Facebook, including the famous case "Cambridge Analytica". These scandals negatively impacted the Facebook stock.

US investors remain optimistic about the Facebook stock and globally with FAANG and BAT. FAANG makes reference to the top US groups: Facebook, Amazon, Apple, Netflix, and Google. While we use BAT for the Chinese giants Baidu, Alibaba and Tencent. When asked about the main risks for the markets, investors once again gave importance to the commercial war. There is a consequence of the rise of caution among investors. The shares of investments in the portfolios, however, increased slightly to 5% in August against 4.7% in July. US equities at the same time reached their highest level since January 2015. Making the United States the preferred destination on the stock market for the first time in five years. From the point of view of profit prospects, the United States is the most interesting region for 67% of the interviewed managers, the highest figure recorded for 17 years.

The company has solid fundamentals. More than 70% of companies have a mix of growth, profitability, debt and lower visibility. Facebook stock presents a better fundamental situation with a view to investing in the long term. 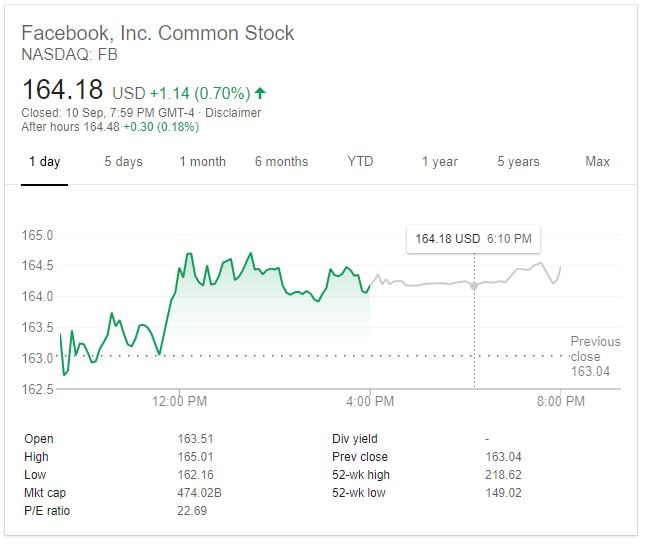 The strong growth expected for the next years is one of the key points of the company. The company's business has very strong profitability thanks to high net margins. The financial position of the company appears excellent. Facebook stock gives a significant investment capacity. Generally, the company publishes above consensus analysts with generally positive surprise rates. Over the past 12 months, expectations of future earnings have been revised many times upwards. The analysts covering the file mainly recommend buying the Facebook stock. The gap between current prices and the average price target of the analysts covering the file is relatively large and implies a significant appreciation potential. Based on current prices, the company has a particularly high valuation level in terms of enterprise value. In terms of multiples of results, the group is one that is well valued by the market. Over the last four months, analysts negatively revised prospects for revenue growth in the coming years. However, Facebook anticipates an operating profitability of 35% in the long term. Global Investors consider that the risk/profitability profile of the Facebook stock is balanced.