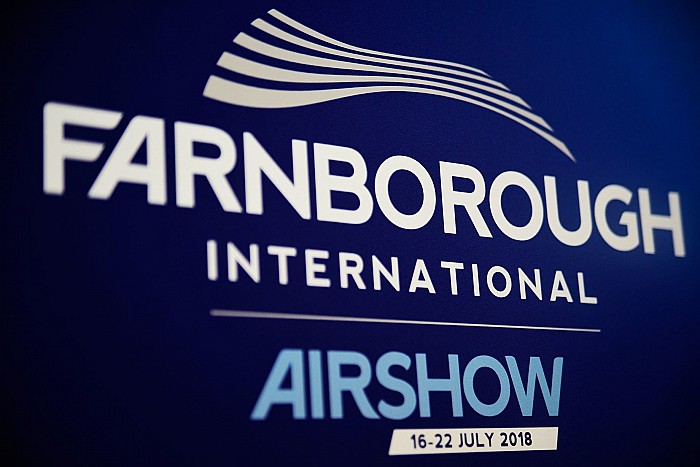 Airbus and Boeing at Farnborough Show

The European aircraft manufacturer Airbus was the strongest with 222 orders exceeding $ 30 billion at list price.

More than double the 14 billion recorded by his American rival.

The Airbus A321LR, its new bestseller, has already registered 120 orders at the Farnborough International Motor Show

Boeing spares no effort on the trade war between the United States and China. The Farnborough AirShow is being held in the suburbs of London from July 16 to 22. In the ocassion, Dennis Muilenburg, CEO of the American aircraft manufacturer, said that, for now, the conflict between the two great powers had not had a negative impact on Boeing.

Nevertheless, the American manufacturer has decided to take the lead. He admitted to maintaining discreet contacts with the US and Chinese authorities to make his point of view heard and defend his interests. A strategic initiative for Boeing, with nearly a quarter of the order book coming from Chinese companies.

While Boeing is worried, Airbus, in force in Farnborough, does not want to bet on possible misfortunes of its competitor.

"For the moment we do not see any signs that this trade war" has an effect, negative or positive, especially on the aircraft orders of the two manufacturers, reports Airbus.

Clearly no Chinese company has canceled an order from Boeing to replace them with Airbus. On the contrary, the European aircraft manufacturer wants the conflict between the United States and China to stop quickly because "a trade war is good for no one".

However, despite the Sino-US tensions, Boeing remains optimistic. "We have raised our estimates for the next 20 years. We estimate that the world will need about 43,000 new commercial aircraft, "said Muilenburg.

A few days earlier, Airbus had been more confident in its forecasts. According to him by 2037, airlines will need 48,000 aircraft to absorb growth in air traffic estimated at 4.4% per year.

At the Salon, the remote duel of the two giants does not experience any downtime. The contracts come to inflate order books already already full to crack. It is Airbus which left the strongest with 222 additional orders for a total value, list price, of more than 30 billion dollars (more than 25 billion euros).

In addition to this new jackpot, the European aircraft manufacturer had the satisfaction of selling twenty-seven copies of its A350 jumbo jib.

It is still the single-aisle A320 family that make up the bulk of sales with 195 copies sold at the opening of the show. And that's just the beginning! According to Airbus, "the pace of orders should not falter". Boeing tried to replicate Airbus with nearly $ 14 billion worth of orders during the first day of the event in the suburbs of London.

In addition to thirty-five copies of his re-mailed 737 Max, the American has also confirmed the sale of five units of its 777 widebody, in cargo version, to Qatar Airways.

Flight Battle on the segment "Middle of the market"

In the backstage of Farnborough, a discreet but fierce fight opposes Airbus and Boeing. The two competitors have found a new battlefield. This time the war is about a new commercial segment called "Middle of the market". It concerns airplanes that combine the qualities of single-aisle and long-haul European aircraft.

The Airbus A321LR is driving this new commercial niche. The new bestseller from the European aircraft manufacturer offers a long-range of action. It is similar to a long-haul, but with the reduced costs of a medium-haul. A way of squaring the circle that appealed to low-cost courier companies such as Norwegian. Airbus has already won 120 orders for its A321LR.

To capture most of this buoyant market, Airbus is expanding its offer with its new A330Neo long-haul European aircraft. Which also allows companies to carry up to 440 passengers at low cost. A successful cocktail. It is no coincidence that the Portuguese TAP is both the launching company of the A321LR and one of the customers of the A330Neo.

For now, Boeing can only watch his rival race alone. The Seattle builder has no plane to put in front of the A321LR. Dennis Muilenburg announced that the decision to launch what no one already names 797 will be taken in 2019. A delay in ignition that should allow Airbus to consolidate its dominance of the medium-haul sector which it already holds more 60% market share. Only consolation for Boeing, it is aboard a 777 that the French team world champion returned from Moscow, Monday, July 16. To the chagrin of the European aircraft manufacturer Airbus.

A delay in ignition that should allow Airbus to consolidate its dominance of the medium-haul sector which it already holds more 60% market share. Only consolation for Boeing, it is aboard a 777 that the French team world champion returned from Moscow, Monday, July 16. To the chagrin of the European aircraft manufacturer Airbus.

Have a look on the shares charts, you can start today trading with our selected brokers.