Ripple, What it is and Why it is Considered a cryptocurrency for Banks?

The year 2017, still now remembered as the year of the cryptocurrency boom. Almost every month happened a different cryptocurrency price skyrocketed as the case of Ripple (XRP), which on December 29 reached a historic rise of 1.90 per unit, according to data from CoinMarketCap. After this, XRP is currently the second largest cryptocurrency by market capitalization. The growth is because this week, SBI Holdings, a firm in Asia, and SBI Ripple Asia, a corporation venture created by SBI Holdings and Ripple, announced that they would use their RippleNet network. XRP allows transactions at speed among five and ten seconds. XRP for many investors is known as a cryptocurrency for banks; Ripple is a virtual method for online payments real-time. Based on blockchain technology, used by banking institutions like a much faster and cheaper way than their traditional backup systems. The reason for this is because XRP allows them to send and receive payments plus settle transactions at a speed rate between five and ten seconds. (much faster than Bitcoin). Besides, it will enable the conversion between different currencies and cryptocurrencies. Here the history of Ripple and what are its main differences with Bitcoin. 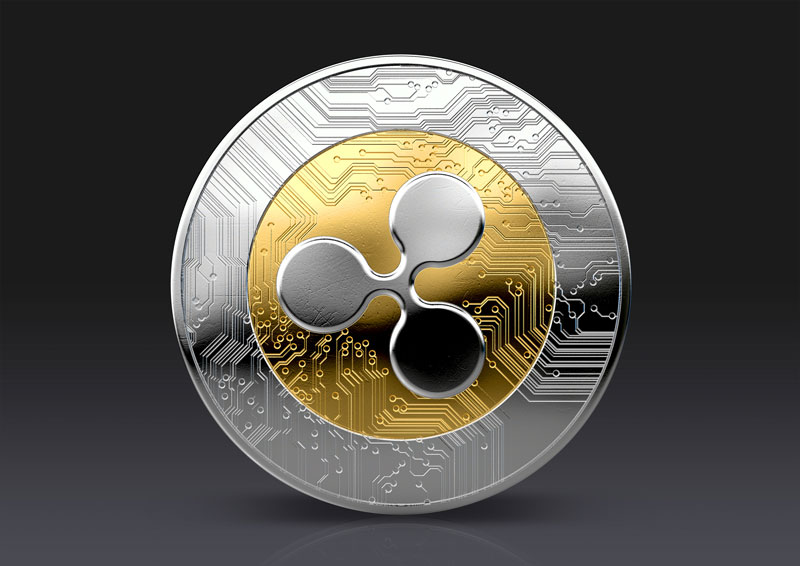 The background of XRP predates the launching of Bitcoin. The goal of the creators of ripple also included making a decentralized financial system which might offer monetary sovereignty to individuals. Also, a system which opens the possibility to anyone to "act as their bank." XRP originally was conceived in 2004 by Ryan Fugger. Ryan created the first RipplePay payment method. Alongside, Jed McCaleb started to develop in 2011 a digital financial system which transactions got verified by a consensus among members of the whole net. Instead of a mining process used for cryptos like Bitcoin and other. During the month August 2012, Jed McCaleb hired Chris Larsen and approached Ryan Fugger.

This last one ended up giving the leading of XRP.

September 2012, when Larsen and McCaleb co-founded OpenCoin, a San Francisco-based corporation which started the developing of the unique "Ripple protocol," as well as the network for exchanges. Later on July 2013, McCaleb got separated from the firm and the 26 September, this same year, OpenCoin adapted its name to Ripple Labs, Inc. XRP faced problems with the law back in 2015, as on May 5 same year it was fined with $700,000 by the Financial Crimes Network of the United States Treasury (F.C.N.) for violating the Bank Secrecy Act by acting as a money services provider without the proper legal registration. Back in October 2015, the firm changed the name again, now to Ripple. But until June 13, 2016, it got a license to function as a cryptocurrency from the Department of Financial Services of the State, New York, US. By September 2016, XRP raised 55 million dollars from all of its investors. Since then, it has a pool of more predominant market participants in the financial industry. Among them, we can name Accenture Ventures, SCB Digital Ventures, Siam Commercial Bank, Santander, not less critical also you will find Bank of America/Merrill Lynch, UniCredit, Standard Chartered, Westpac, even the Royal Bank of Canada and recently, BBVA.

Each Ripple node itself represents a local exchange system and has no mining operations. First, XRP consists of three parts: Ripple's network of nodes work like the Bitcoin blockchain, but it is nothing like a chain of several blocks. Not having mining operations and only having transactions verified by several parties achieve consensus. Meaning, different from other cryptos, no new Ripple will be created. Ripple Labs kept 60 billion of the 100 billion existing XRPs, which represents 60%. The reason why of the success of the Ripple network does not depend on the price. Each node of Ripple represents itself a local exchange system, or for more natural understanding each one operates like another PayPal. Then users can connect traditional and alternative payment methods inside a single node/network. The main difference in XRP with payment systems like PayPal is that there is no central authority. Since no node has higher capacity than the rest of the nodes. Instead, it operates like a system forming a decentralized mutual bank.

Coinbase, considered as one of the largest, if not the most significant digital market, still does not support Ripple. To be able to buy XRP, some brokers are Kraken, Bitstamp, ShapeShift, Bitso or GateHub. And, although XRP still kept used by banks. That does not exempt it from being extremely volatile just like the rest of digital cryptocurrencies. Ripple in 2018 had a great year; it added high profile partners such as AMEX and Bloomberg attached to its terminals. However, although this XRP reached record highs and had grown several times its size throughout this year and 2017. Nothing guarantees that tomorrow its price will not fall. Ripple is not the favorite among the bitcoin community. It represents one of the most chosen one within the investor community. RippleNet managing to be an integral part of the banking industry or at least the standard protocol for the total inter-bank payments. Then it could consolidate and continue the rising in price. The chances of its failure are considerable. The main criticism against Ripple represents: it will be unseated in the long term by Stellar (XML), an open-source hybrid blockchain which acts as an equitable payment system for people and banks.