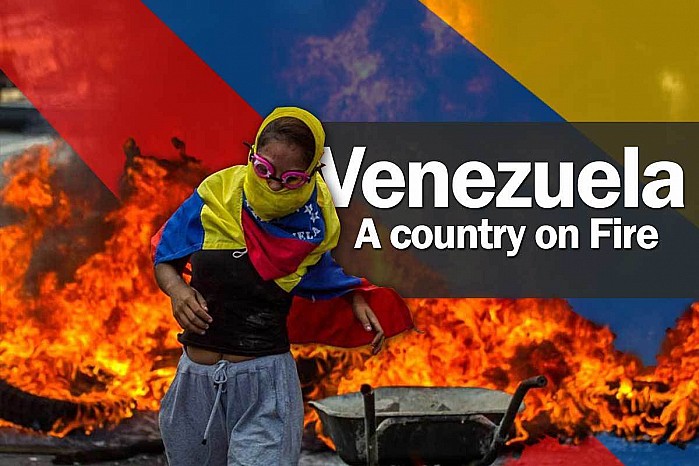 Today Venezuela is falling apart, and if you are not there, you might wonder why the Venezuelan crisis is SO intense?

Venezuelan crisis so deep and its president Maduro still wants to screw himself to the chair.

The opposition party, (yes they have a party) yells and claims and makes noises for 20 years, but achieved nothing. While the screwed subjects, the people on the street, are still struggling to find a piece of bread to take home, and we mean this LITERALLY.

You can see dead, imprisoned and injured people for protesting, everywhere

Now let me explain why the Venezuelan crisis is so deep, from any angle you will see it.

In the recent months, I have seen derogatory comments towards Venezuela everywhere I look, in Articles, in TV shows, news sites... Hence, I decided to write this article to contextualize the situation lived in Venezuela every day.

I know that even if the whole planet, you or I claim to understand why the Venezuelan crisis is so intense I beg to differ. The reason why thousands of Venezuelans emigrate daily goes much further than those 3 minutes explained in any News Media. I have decided to summarize all this disastrous panorama for a better and easier understanding.

Deep in the Venezuelan crisis, food is running out. Hospitals go through overpopulation of sick children, and the few remaining doctors are trying to work with insufficient or little to no medicines; besides electricity is not guaranteed either. The economy is in a spiral straight to collapse. A humanitarian crisis has crowds of people plunged into illness and hunger, practically the only thing that abounds in Venezuela it is chaos.

But how is it that the country with the largest reserves of oil on the planet came down to the filth place?

Metaphorically,  it's as if you opened the tap and oil came out.

As mentioned above, Nicolás Maduro, the president of Venezuela, is not the only one to blame for the political and economic disaster.

Venezuelan crisis dates back too many years of cooking under pressure and finally, it burst.

Better still, Let's go back to the origin of this mess. You will understand the whole panorama at its best or worse.

A few decades ago Venezuela became independent from the Spanish kingdom. The great Venezuelan crisis had been the extreme poverty of a large part of the population. Up until the beginning of the 20th century, a magic resource discovered on Venezuelan soil, much more valuable than gold itself, that's it: OIL, the black gold.

After this event, a few years later, Venezuela became the largest oil exporter of the whole world. Which helped to reduce the country's external debt and making the local currency, the Bolivar, position itself as one of the most stable and robust currencies in the world. Thus, attracting years later, a wave of European immigrants like Spanish and Italians immigrants, given the present crisis that was in Europe at that time.

But there was something beneath, nobody saw on the surface. And was this wealth which helped to improve the quality of life for politicians but not to the regular people. Extreme poverty was touchable everywhere, and illiteracy was still up on the skies. Venezuela at that time, became one of the few countries in the world which based its economy exclusively in oil. Everything else necessary to survive as a healthy economy bought from outside sellers, every single thing was imported, practically. Venezuelan crisis at its gestation stage.

An extra ingredient to this gestated Venezuelan crisis were the different dictatorships that ruled over the years — starting from Juan Vicente Gomez in 1935, ending late on 1958 with the overthrow of Marcos Perez Jimenez. 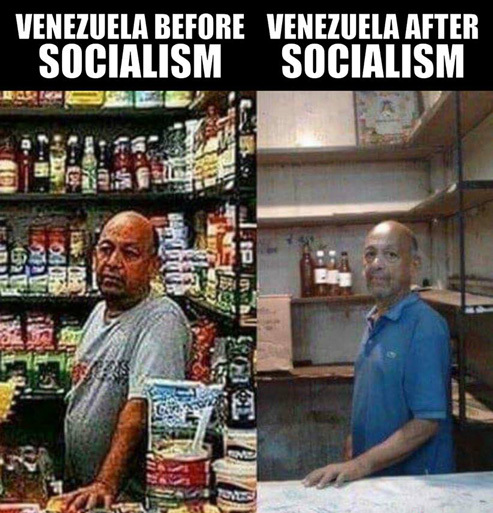 Subsequently to this, some years of progress and prosperity stepped in, thanks to what some people called "good administrations"... of course with ups and downs in the economy, but going from presidents like Romulo Betancourt, Rafael Caldera, Carlos Andres Perez, among others.

Decades later, the Venezuelan crisis got out of control from the right-wing governments as a consequence of corruption and corrupt administrations. Then, the commandant made his grand entrance. For that time, Hugo Rafael Chavez Frias back then in 1992. Provoking a coup d'etat which fails, and then he is imprisoned, generating that same year by other high-rank officers a Second coup d'etat that also ends without success.

After a few years and Hugo Chávez released from prison. He is running for the presidential elections in 1998, with a sunken country.

In this context of illiteracy, poverty, CORRUPTION, not letting inflation out the country goes from bad to worse. The proposal for this subject was clear or at least this is what Chavez said:

"Apply new socialism to the country and promising to the population a social revolution that would distribute the scarce wealth of Venezuela."

People like me and others, swallowed this whole story, provoking, Hugo Chavez, to win the presidency. At this turning point, the Venezuelan crisis disaster begins. But NOT due to the supposed charisma and leadership that Chavez projected towards the low and humble social class. Due to many factors previously exposed: Corruption, high prices of goods, etc. Because of this, people wanted a change.

We can summarize the administration of Hugo Rafael Chavez Frias basically in six core points:

Practically this government believed that the bonanza was going to last forever, and logically, it was not like that.

They neglected everything else, and a very intense shortage of medicines and food was already present. Subsequently, and "after winning" (quotes matters deep there) The fourth election in 2012, Hugo Chavez dies on March 5, 2013, not before giving his last command:

For this Venezuelan crisis, at that time, the vice president enjoys absolutely nothing of the popularity of Chavez. Not only the low oil price, disastrous administration, and aggravated shortage of products. This raised inflation, and unemployment, in general, ended down by burying the little that was still good and also finished by completing the legacy of Chavez.

This extreme Venezuelan crisis, of the last ten years, is having Venezuela on the verge of a civil war. But this is not the first time, but the second. There has been an atmosphere of violence between the government. And opponents never like before in the history of Venezuela.

Without a single doubt, it is a complicated panorama in this tropical country. A DICTATORSHIP that little by little, is more screwed to the chair. And at the very end fear, violence, corruption, are the real governs of Venezuela.

The final questions are: Is Venezuela doomed? What will be the outcome? Who will be able to save Venezuela?

The real minimum salary in Venezuela based on the latest increase on August 17, 2018:

1.800 Bs, which is 18 Euros. That is fantastic, for Maduro and Maduro alone. Since in the next days every single business in Venezuela will rise, skyrocket its prices. To have funds to pay those salaries. Yep, Maduro has no clue of how to control that.

Update: Today Agust 22, 2019 the minimum salary is 2.78 dollars, not euros now. So you can see it got worse. So much so that it is impossible to live there working three jobs. That deep the crisis is back in my country.