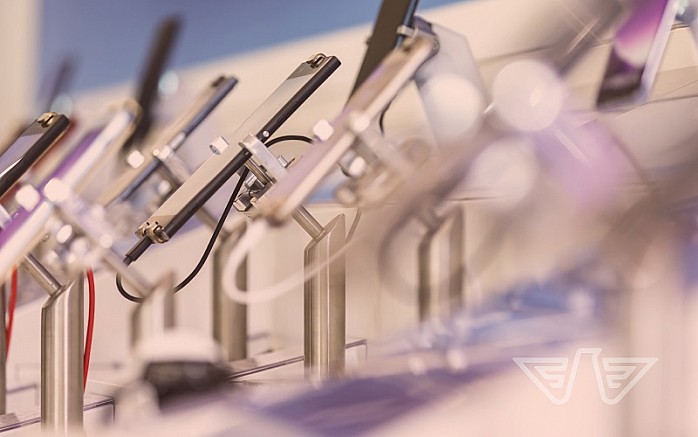 Samsung Electronics has had a bad first quarter as they said they would. What did cause the bad first quarter? Was it the problems they had with the new foldable phone? Was it the drop in sales of smartphones and their primary business chip sales? Even though the first quarter wasn’t so good, will they be able to turn things around for the remainder of the year? Let’s go and take a look right now.

After warning the investors that they were going to make less money this quarter, Samsung Electronics kept their promise. They reported their first-quarter earnings, and it shows a loss of profit by 60% when compared to last year. Samsung Electronics has gone from 15.64 trillion won which is about $13.4 billion to 6.2 trillion won that is around $5.3 billion. Also, revenue fell 13.5% to 52.4 trillion won, which is in line with the company’s earlier estimates. Company's main semiconductor business had a 64% fall in operating profit to 4.1 trillion won, and the display business had a 560 billion won in losses. However, Samsung Electronics is not blaming their ‘’not really cheap’’ phones for the loss. On the contrary, they are saying that their Galaxy S10 lineup has done well. Samsung Electronics has shipped 78 million phones and 5 million tablets in this quarter. The only problem they had with their phones is that their low and mid-range models had destroyed the sales of the Galaxy models. Also, the company still believe in their phones, and they expect to ship a little bit more phones next quarter. The China-U.S. trade war seems to be flaming out so that could possibly unlock some demand for their products. Moreover, it could encourage Chinese cloud service providers to lower their chip inventories because they have been stockpiling them in anticipation of a prolonged trade war with the U.S. (if you want to know more about this trade war click here) 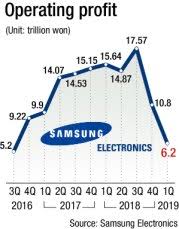 Samsung Electronics is not mentioning the Galaxy Fold

On the earnings call, Samsung Electronics said nothing about the Galaxy Fold. However, they did answer one question about the risky venture that is the foldable smartphone. Samsung Electronics said that they will announce an update launch schedule in the next few weeks. (if you want to know what has happened with the Galaxy Fold, check it out here) According to what they are saying; for the second half, the company is expecting to increase the sales of their smartphones. Leading the charge of the increase of sales will be the new models going from the Galaxy A series to Galaxy Note. Also, Samsung Electronics is saying that with the new Galaxy Note, new innovative products such as 5G and the Galaxy Fold they will stay on top of the smartphone business. What the company is predicting if the foldable phones take off is that there will be an increased demand for flexible screens and that will undoubtedly help their display business. In spite of that, Samsung Electronics is currently relying on non-flexible screens to revive its display business. The first quarter for Samsung Electronics has gone as they have expected, which is bad. However, the company is planning to bounce back in the remainder of the year. The chip business is going to pick up for them, according to what they are saying. The smartphone business is also going to rise in the second half after they release the next models like the Galaxy A series and the Galaxy Note; and if they manage to fix the problems they had with the Galaxy Fold than that could take them a step further. So for now, they will have to endure the losses and wait for the second half to bounce back.