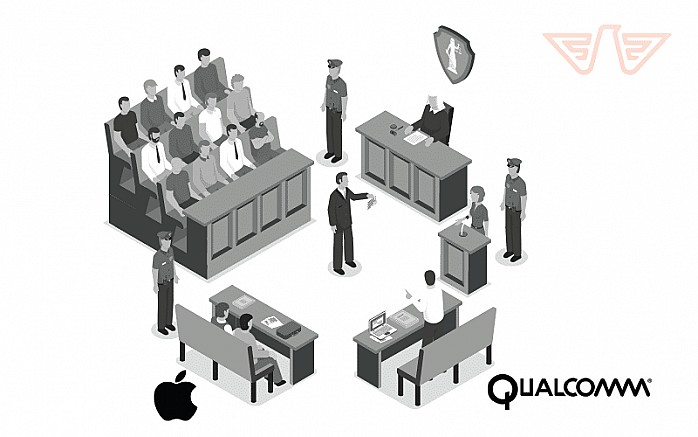 Qualcomm stands victorious in the lawsuit with Apple

In Germany, Apple has practically conceded its battle against Qualcomm. Since they will not use Intel modem in their iPhones, but they will use Qualcomm’s modems. Now how the ban happened in the first place; for that Qualcomm won an injunction against Apple back in December. On that injunction said that Apple could not sell affected iPhone ranges in Germany. German courts ruled that Apple was breaching on Qualcomm’s intellectual property. And this ban forced Apple to install Qualcomm’s modems which is what Qualcomm wanted. Thus, one Qualcomm and Apple billion dollar battle was won by Qualcomm.

After the ban, Qualcomm is saying that Apple is breaching the injunction in China

Qualcomm claimed that Apple had stolen its patents. Therefore, they wanted a ban on both the sale and the assembly of the smartphone in China. They succeeded in doing that. However, after the order to stop selling the iPhones, Apple found a loophole in the injunction. Apple reported that the injunction was for their earlier versions of iOS, and the phones with newer versions of the operator system are not violating the injunction. Finally, the last word in this matter will have the courts, and they will have to decide if Apple is violating the injunction. The reports from Apple are saying, that if the ban stays, the Qualcomm and Apple billion dollar dispute will have to be settled between the two parties.

Apple fights back in China

After Qualcomm and Apple billion dollar lawsuit which Apple filled in the U.S, Apple reported that they would also take action against Qualcomm in China. However, now it will be for 145 million dollars. The lawsuit is basically the same as the one in the U.S. Apple is saying that Qualcomm didn’t deliver on patent-related promises.

Qualcomm is trying to issue a ban for iPhone imports in the U.S.

Qualcomm issued a complaint with the ITC and the U.S. District Court in which they requested to ban new iPhones from coming into the country. Also, to block the sale of iPhones that are already imported. In this complaint, Qualcomm is saying that Apple has violated six patents that have something to do with extending the battery life of the iPhones. If this ban manages to go into effect, it is not known which iPhone models will be affected.

Qualcomm facing a 1.2 billion dollar fine for paying Apple to use its mobile chips

Qualcomm is facing a 1.2 billion dollar fine from the antitrust regulators in Europe. The penalty that Qualcomm is facing has come as a result after the investigation revealed that they were paying Apple to use their chips. It is reported that this began in 2011 and ended in 2016. According to the investigation, Qualcomm and Apple billion deal was in works for Apple to ignore Qualcomm’s competitors. 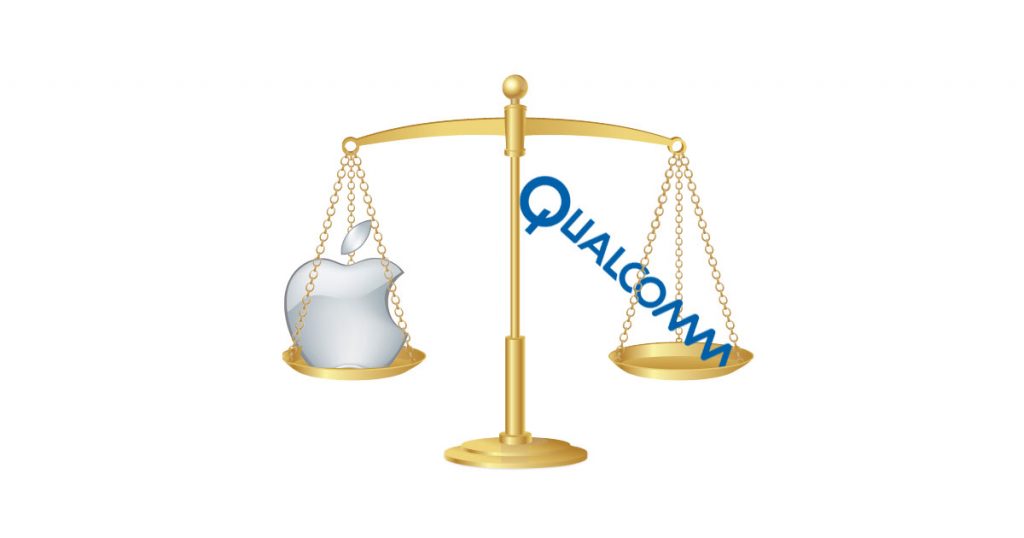 Qualcomm and Apple billion dollar lawsuit now in the U.K.

In the U.K., Apple filed another lawsuit against Qualcomm. After so many lawsuits in the U.S., China, and Germany now the battle will be in the U.K. These lawsuits, according to sources, was actually filed in January of 2017. However, it wasn’t noticed until it has been refiled. We don’t know the exact reasons for the lawsuit, but it certainly has something to do with the designs and patents. It is probably something similar that Apple has already filed in the U.S. and China.

The Qualcomm and Apple billion dollar has finally been settled. The tech giants have agreed on the settlement. This surprising settlement brings an end to the back and forth battle over the price of the processors in the phones that are used to connect with the cellular networks. In the settlement was reported that Apple has to pay Qualcomm a sum which wasn’t disclosed by the companies. They also agreed a six-year international patent licensing and that Qualcomm will make parts for Apple in the years to come. What this means is that Qualcomm’s modem chips will be used once again in the Apples new iPhones, after Apple switched to using Intel’s modem chips back in 2016. After the news of the settlement was released into the public; Intel decided to leave to exit the 5G smartphone market. Even despite the announcement, Intel shares rose by 4 percent to $58.97 in extended trading. Furthermore, Qualcomm’s shares rose by 23 percent to $70.45 in regular trading which is the most significant gain they had in 19 years. https://twitter.com/Qualcomm/status/1118250713744846848

The Qualcomm and Apple, billion dollar battle, has officially ended. Thus, the rise of Qualcomm shall start. Since Intel is exiting the 5G smartphone market, Qualcomm is going for the top spot. I believe that the Qualcomm is in for quite a rise in the next few days after the news of the settlement got out in public.