Germany wants to return Greece the interest earned on its debt from the crisis. 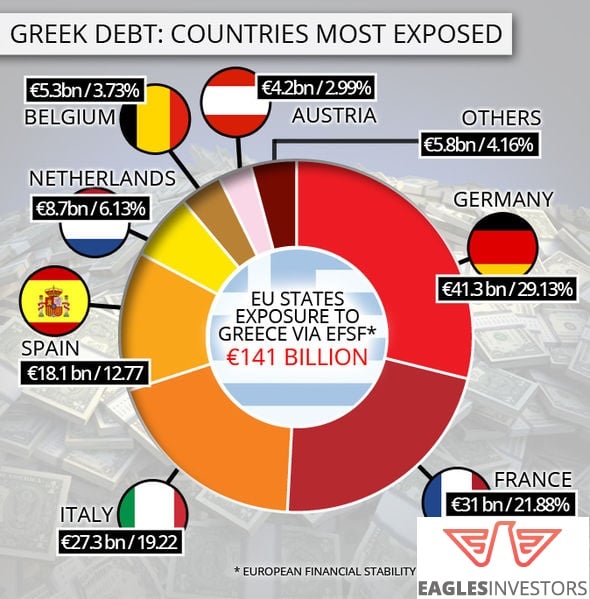 The German finance minister raised a misunderstanding with the Greeks. He assured that the profits earned following their crisis would be returned to them. Germany said that all profits earned by central banks buying Greek debt since the crisis in 2010, would be returned to Greece. He also said it was a decision that had been taken by Eurogroup. Eurogroup is a collective group of the Finance ministers of the Eurozone. Nobody wants to take advantage of the Greek crisis. The idea promoted by the group seems to be full of good intentions. Interest earned since 2010 on Greek bonds bought to ease the country's debt, especially by Germany, will be returned to Greece, German Finance Minister Olaf Scholz said on Saturday, saying "nobody wants to take advantage of the Greek crisis."

Beneficiary of the crisis?

Since 2010 the Bundesbank has retained 2.9 billion euros in interest on Greek bonds. The minister was asked in an interview with the Greek daily, Ta Nea, whether Berlin was "one of the beneficiaries" of the Greek debt crisis. The minister replied that "there seemed to be a misunderstanding on this subject". The Bundesbank is a major buyer of Greek bonds alongside other central banks. However this is in the framework of the Greek debt repurchase program, carried out between 2010 and 2011. The amount of profit of Bundesbank was confirmed by a German parliamentary report in June. "Nobody wants to take advantage of the Greek crisis, but the reality is that all the profits of central banks are regularly returned to the Greek state," Scholz said in an interview on Saturday. "This is what we decided at the Eurogroup, at the end of the third Greek program," he added.

Moving forward from the Greek Crisis

On 20 August, many European leaders welcomed the end of the third and final program of aid to Greece. In addition, the end of the strict supervision of its creditors, the EU and the IMF. However, they warned that the country was still forced to make budget surpluses and the "reforms" needed to pay off its huge debt. The Eurogroup has been debating the resumption of the transfer of interest for months. This regarding the debt in Athens, but only going back to the beginning of 2017.