PT ES
8 months ago
Bitfinex vs Poloniex - Find Out the Best One
8 months ago
GTPLUS and GTFTA - An incredible project.
8 months ago
4XCube (4xC) Review – Is It a Good Forex Broker?
8 months ago
Revolut review 2020 - the most detailed review out there! 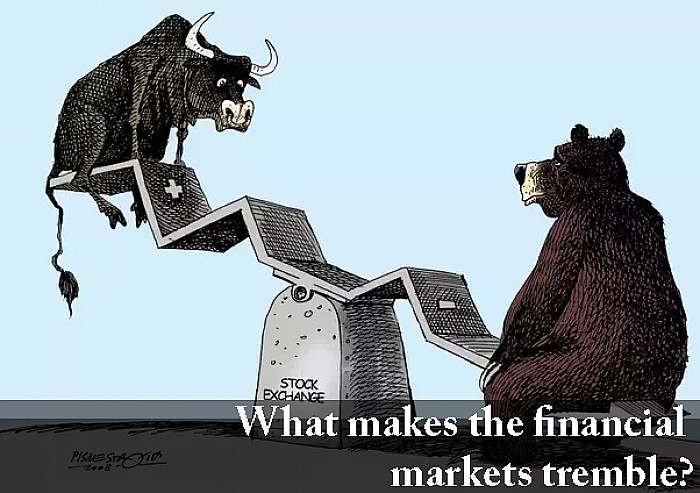 What makes the financial markets tremble?

Uncertainties are accumulating: the risks of American overheating and European slowdown are adding to the difficulties in emerging countries. Financial markets between interrogation and economical risk. 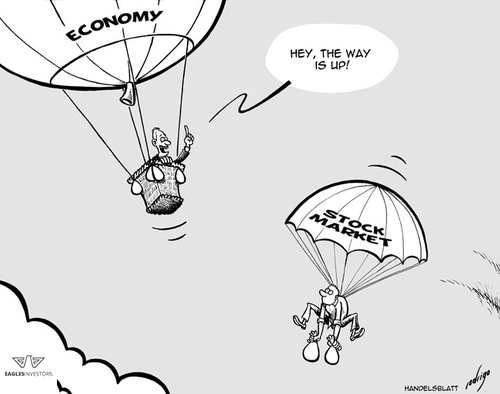 Where is the global economy going? In recent weeks, investors are becoming more and more nervous. The stock indexes of many places are dropping. Recently Paris closed down again, Over the past week, the CAC 40 has yielded 2.31% and lost 6.50% since the beginning of the year. The American stock market has been shaking since early October. Financial markets and economical risk, in one month, the Nasdaq, the index of technology stocks, lost almost 9%, while the Dow Jones fell by more than 5%. The punishment is still much heavier for Chinese indices, which record dramatic declines, more than 20% since the beginning of the year. The Financial markets seem to be blaming the rise of uncertainties virtually everywhere in the world. Economic uncertainties, but especially political uncertainties. The global economy could suffer from a trade war between China and the United States, difficulties emerging countries affected by the rising dollar. In Europe, the prospect of a hard "Brexit" scenario, that is to say, exit from the United Kingdom of the European Union without agreement or without a transition period, and the showdown between Italy and the European Commission on the 2019 budget presented by Rome are fears for the growth of the euro area, if not for its very existence. French banking stocks, for example, have been greatly affected by the Italian situation.

Financial markets and the effects of the trade war in China

One of the warning shots came from China. In mid-October, the authorities intervened to signify that they were going to ease their monetary policy. Indeed financial markets exacerbated fears of a slowdown in Chinese growth. Moreover after the trade sanctions imposed by Donald Trump. "Investors do not trust China's official statistics. If the authorities relax their policy is that there is a problem, "says Christian Parisot, Aurel BGC, to summarize the reasoning behind the markets' behaviour. 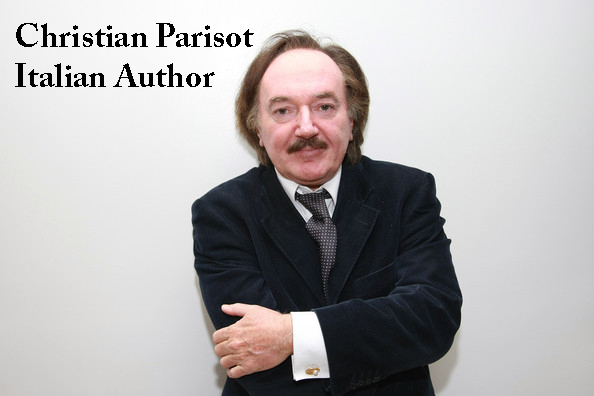 Business survey data show a decline in reported export orders by companies, especially in Asia, although the numbers found, do not yet show a Trump effect on world trade. Chinese companies may have focus to lower their prices to maintain their market shares. And some companies may have deferred their projects. "There has been very clear investment gyrations on flash memory in China, which has led to a decline in the semiconductor industry recently," Christian Parisot quotes as an example. This news came as many international institutions, such as the OECD and the IMF, revised their forecasts for world growth, including world trade, slightly lower next year, even though activity is expected to increase further. 3.7%.

Financial markets and the Fed in the sights of Donald Trump

In the United States, however, the growth in activity remains very solid. It even reached more than 4% annualized in the second quarter, thanks in particular to the strong tax cuts granted by Donald Trump. But investors are beginning to worry about the monetary policy led by the US central bank led by Jerome Powell. A real economical risk. While the US growth cycle is the second longest observed since the post-war period, the institution, independent of political power, has largely begun to raise its key interest rates to be able to lower them once again. New recession will hit. 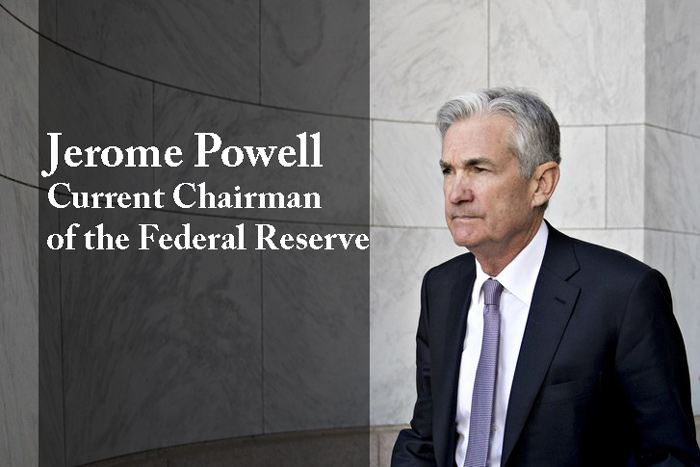 But it is the pace of increases. And thus borrowing costs for US households and businesses that is starting to cause concern. To the point that Donald Trump, the very one who named Jerome Powell to replace Janet Yellen, Wednesday accused the central bank of having become "crazy". He blames him for causing the markets to collapse as the crucial mid-term elections in the next two weeks determine the majority in the Senate and the House of Representatives and thus her ability to act until the next presidential elections.

The rise in prices remains contained, which would show that the US economy is not overheated. The Fed would therefore have no reason to raise its rates. But its president, he points the acceleration of wages, illustrated by the decision of Amazon to increase the minimum remuneration of its employees to 15 dollars per hour. This all shows a possibility to a fall in the financial markets and economical risk. If prices are not rising at the moment, it's probably because companies are not yet able to pass on these price hikes and are therefore forced to squeeze their margins. This is the case of Nike, for example. The US shoe brand is facing an increase in costs, but does not plan to raise prices before the release of its new collection, said Christian Parisot. But the Fed chairman remains cautious. Mainly because inflation could start again in case of shock. For example with the effects of customs barriers erected by Trump against China.

Economical risk: "Our currency and your problem"

"The dollar is our money, it's your problem," said John Connally, Nixon's US Treasury Secretary. It's always a little bit the case. With the gradual exit of the Fed's exceptional monetary policy, it is above all the economies of the emerging countries that are suffering. This policy has the effect of attracting capital to the United States and raising the dollar. However, many companies in emerging countries have borrowed in dollars and are under pressure. 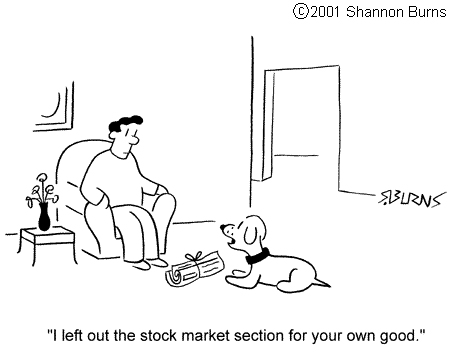 Countries, for their part, see their currency collapse against the US greenback. And their central banks are in turn forced to raise interest rates to stem the flight of capital, resulting in an economic slowdown. Turkey, Argentina, Indonesia and South Africa seem to be the most fragile. This the thoughts of Stéphanie de Torquat, strategist at Lombard Odier. It's a Swiss private bank specializing in financial asset management. Facing financial markets news while underlining strengthening the resilience of many emerging countries in relation to the crisis of the late 1990s. "It's a lot of punctually bearish themes", summarizes Christian Parisot. In Europe, the latest business surveys published Wednesday are also not encouraging. If growth continues at the end of the year, the economic machine seems to slow down. Moreover if we compare financial markets to the end of 2017 and even the first half of 2018. The PMI indice in Germany in October is at its lowest level for more than three years. And it is back below its long-term average. Considering that Germany is the leading economy in the euro zone. Financial markets and economical risk. The threat of a trade war would be producing its first concrete effects. In France, the situation would be saved by maintaining expansion in the services sector. But the Industry is also affected, according to the INSEE survey, as well as the PMI index.

We must not forget the unknown evolution of oil prices. Indeed as economical risk, it could affect the growth of many countries, especially in Europe. If it is again on the downside in recent days, the constraints on the supply of barrels could again make prices go up again. The supply of barrels depending of US sanctions against Iran bottleneck in the distribution of shale oil in the United States.

Nouriel Roubini is one of the few who foresaw the 2008 financial markets crisis. Nicknamed "Mister Doom" for his gloomy predictions of the global economy, he wrote a noteworthy few weeks ago. It was about the likelihood of a recession, negative growth, as of 2020. This famous economics professor believes that there is an overvalue of the stock prices. "The price-earnings ratios in the US are 50% higher than their historical average," he said. A particularly serious risk as "leaders who face the next recession will have their hands tied". Mainly because they have exhausted their room for fiscal and monetary maneuver to cope with the crisis. As a result, for the financial markets, the next recession could "be even more severe and longer than previously. He is not the only one to worry, far from it. Claudio Borio is head of the monetary and economic department of the Bank for International Settlements. The central bank of central banks, in a way. He sounded the alarm in his quarterly report published in late September. "On the financial markets level, things seem rather fragile. Financial markets in advanced economies face overvalue and economical conditions still too easy. Above all, there is too much debt. Relative to GDP, in the world, all debt (private and public) is now considerably higher than before the crisis. "