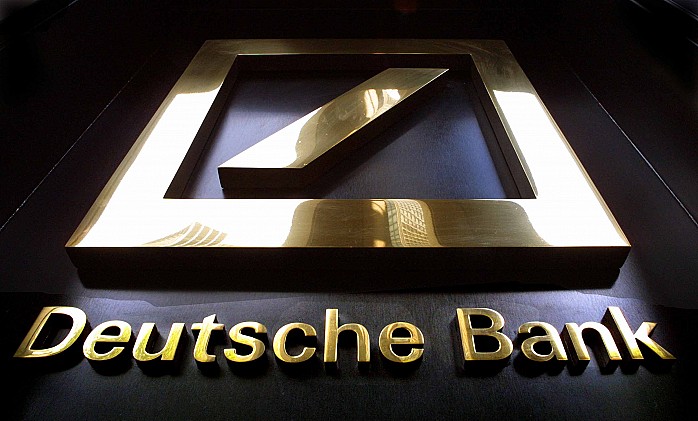 German Bank fuels foreign bank greed. Deutsche Bank, which has been struggling for at least three years and has seen its stock market rise by 37% since the beginning of the year, is attracting the greed of foreign banks.

The first Deutsche bank, whose stock price is at its lowest historical levels, would have attracted the interest of major international institutions, including JP Morgan and the Chinese ICBC. Chancellor Angela Merkel reportedly spoke with the UBS boss. The first German bank, eyed by American and Chinese rivals?

Wirtschaftswoche, says on Friday (July 6th) that JP Morgan and China's ICBC, the world's largest bank in terms of assets, would be interested, particularly in strengthening their presence in Frankfurt. from the perspective of Brexit. "We deny this story, it's not true," a spokesman for JP Morgan told Reuters. According to the magazine, citing sources in the state government of North Rhine-Westphalia, Chancellor Angela Merkel reportedly met Axel Weber, the former president of the Bundesbank (the German central bank) and now president of UBS, on 3 July., and asked for his opinion on the situation of Deutsche Bank. "This is purely speculative and can not be confirmed," said Angela Merkel's spokeswoman Steffen Seibert at her regular press conference.

The reaction was quick on stock markets: Deutsche Bank share climbed nearly 5% at the opening. (just over 2% two hours before closing). It rebounded 8% in one month. However, it only capitalizes 20 billion euros. This low valuation may create a windfall for giant behemoths such as JP Morgan Chase. ($ 353 billion) and ICBC ($ 280 billion). Deutsche Bank is engaged in a restructuring that never ends. After three consecutive years of losses, the new CEO Christian Sewing named in April announced a refocus on Europe and drastic cuts in the workforce in the investment bank (7,000 jobs). Especially in the United States, where 400 bankers were fired in New York. Last week, the US subsidiary was the only institution that the Fed refused the capitalization plan. These persistent difficulties have also resurfaced in early June the rumor of a merger with fellow Commerzbank. Whose stock market value began to approach that of his great rival.

The Bank could see its CEO being suck within weeks among rising tensions between him and the bank's chairman. This move that could destabilize Angela Merkel's, already fragile government.

The Dax index is made out of the top 30 biggest listed companies in Germany, which it's not representative of the economy of the whole country. I've got every school company in there we've got big blue cheap companies and look at the constituents in a moment. The index is weighted by market caps, in other words, the bigger the market cap of the company the more weighting that's going to have on the Dax. And what that means is, if that particular stock price moves more aggressively, then that is gonna have much more of a weighting or movement on the DAX than if it was a company with a smaller weighting. It can be a very volatile index and one thing that I will tell you about some trading strategies and of ideas for taming the Beast if you like trading. 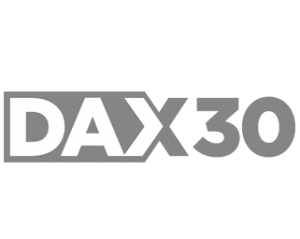 One thing that is interesting about the Dax 30 if you traded it directly on the exchange, once your trade it, we know via literally trading a futures contract on the exchange, there's a really pretty hefty multiplier with it, and what I mean by that it's a 25 euro multiplier. Basically, one contract means that if the Dax 30 moves by one point, then it's a movement of 25 euros and your account, if you're long it goes up by one point, so goes up from say 12, 802.00 to 12,803.00 you've made 25 euros and vice versa if it goes down. In a daily range, it moves a hundred points in a day, very very likely that's a 2.500 Euros swing. So this is for one contract, this is kind of interesting from a perspective of traders who don't have access to CFDs or spread Pip.