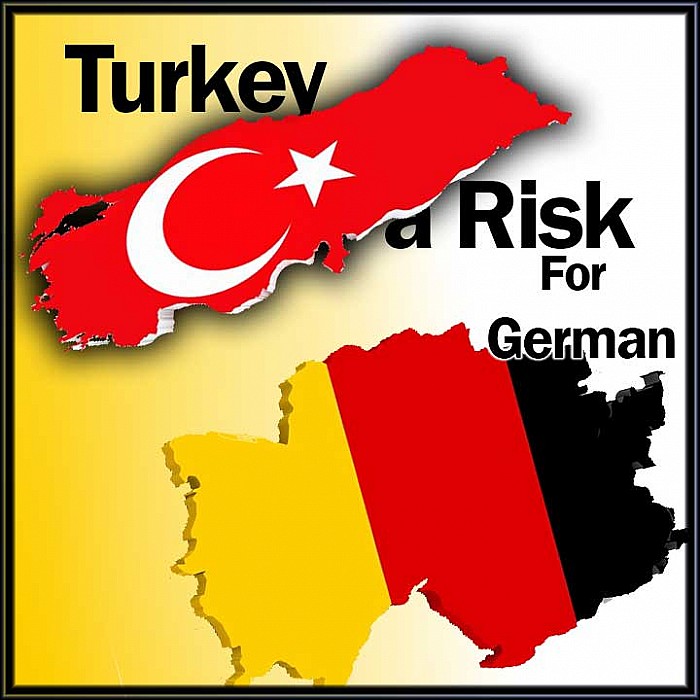 The German Finance Minister Olaf Scholz confirmed that Germany could suffer from Turkey's recent economic woes and its currency crisis. Particularly because of the many German investments in Turkey.

The serious currency crisis is an obvious risk for the economy in Germany. This appears in addition to trade tensions with the USA and the consequences of the Brexit. The German Finance Minister Olaf Scholz confirmed it recently in a statement.

According to sources from the Turkish and German governments, the president Recep Tayyip Erdogan will visit Germany, probably at the end of September. This would be the first visit to Germany since 2014 by the Turkish president. Indeed this reflecting the appeasement efforts between Berlin and Ankara. These relations tightened after the failed putsch and revolution in July 2016 and the arrests of German journalists. For example, the German-Turkish journalist Deniz Yücel was held for a year for "terrorism". And its release in last February improved relations between the two countries. But Berlin remains concerned about the rule of law and freedoms in Turkey. After the failed coup of 2016, the government carried out extensive purges in the administrative, judicial and security apparatus. More than 150,000 state employees have lost their jobs and some 77,000 of them have been formally charged and detained on remand, according to data provided in April by the Turkish Minister of the Interior. Ankara believes that the current purges are necessary to combat threats to national security.

The Turkish currency is the lira. The currency crisis started when it lost nearly 40% of its value against the USD since the beginning of the year. The sources of currency crisis follow the concerns of the investors. Indeed they are worried by the too large influence exerted by the Turkish president Recep Tayyip Erdogan. Moreover on the monetary policy of the country. The political tensions between countries and moreover escalating tensions between Washington and Ankara are obvious. The president Trump announced recently his wish to increase taxes on the Turkish steel and aluminum imported into the US. On the other side, the Turkish government answered by raising the taxes of some American products.

Germany is the second largest investor in Turkey. Turkey is also globally depending on the European Union as a trading partner.

The economic relationships are numerous. And beside the strong economical links between Germany and Turkey, there is another specific relation between both countries. Indeed, in terms of demography, Germany welcomes three to four million inhabitants with Turkish roots the impact on society is undeniable The interdependence between Turkey and the rest of Europe has an impact on the currency crisis. Also with the consequences of the Brexit and the new US trade policies that would touch the European economy. The Turkish business is chocked and the recent currency crisis is a result of these economic developments and economic risks. However, Germany is famous for its strong economy and growth. It stays dynamic, supported by public and private consumption and low-interest rates. Also, the labor market shows its strength and we can even assist to a general rising of the salaries. Companies should also increase their investments as the global economy remains in good shape despite the threat of a trade war and the Turkish currency crisis.