PT ES
1 month ago
Online Casino Trends in 2021
1 year ago
Bitfinex vs Poloniex - Find Out the Best One
1 year ago
GTPLUS and GTFTA - An incredible project.
1 year ago
4XCube (4xC) Review – Is It a Good Forex Broker?
1 year ago
Revolut review 2020 - the most detailed review out there! 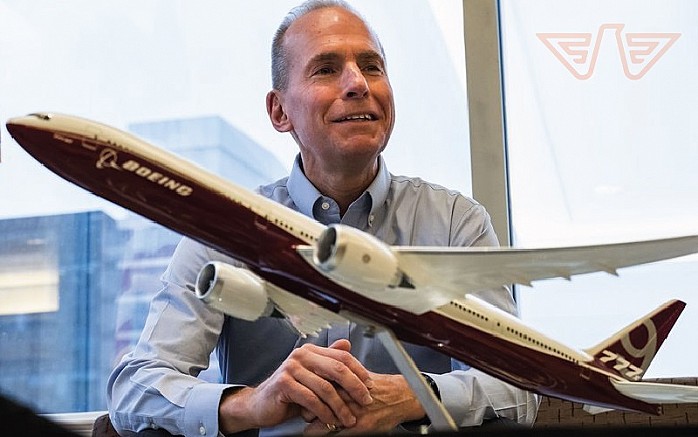 Meeting that could decide the future of Boeing

Boeing CEO meeting with the shareholders

Boeing CEO Dennis A. Muilenburg has announced that he will meet with the shareholders on Monday. That would be the first time that he meets them after the two fatal crashes that led to the Boeing 737 MAX getting grounded worldwide. Also next to the groundings, the accidents set off a chain of events, first came the investigations, next to the lawsuits, and finally Boeing had an extreme loss in share value. This is by far the biggest crisis of the tenure for the Boeing CEO.  Now, what he will try to do is he will try to regain the confidence of the investors. The Boeing CEO is going to talk to the investors about the company’s future, and of course about the safety issues of Boeing 737 and how to handle them. However, the meeting won’t go smoothly for sure. Family and friends of the American Samya Stumo one of the victims of the fatal Boeing 737 crash of the Ethiopian Airlines) will have a silent protest outside of the place that the Boeing CEO is having the meeting. That deadly crash that killed 157 people on board was the second crash of the Boeing 737. The first Boeing 737 crash was of Lion Air, and it killed 189 people on board at the time.

What is Boeing facing?

Now the Boeing CEO and the whole company is under pressure to figure out a way to fix the software issue that caused the crashes. Also, they will have to add a new pilot training package that should convince the global regulators that the Boeing 737 is safe to be in the air again. It should be noted that some pilots are warning that the draft training proposals aren’t going far enough to address the problems that they have. There are some whispers that there is a possibility that the U.S. Federal Aviation Administration might clear the Boeing 737 jet to fly later in May or at the beginning of June. However, Boeing still has to submit to the U.S. Federal Aviation Administration the updated software and pilot training for review. For now, the deliveries of the Boeing 737 are on gold; despite the airlines around the world relying on the aircraft to grow their air travel industry for the years to come. Last week, Boeing decided to abandon its 2019 financial forecast, suspend share buybacks and it lowered production thanks to the grounding of Boeing 737 that cost it at least $1 billion.

The company’s shareholders filed a lawsuit against the company claiming that they defrauded them by concealing safety defects of Boeing 737. The aeroplane model is also under investigation by the U.S. transportation authorities and the U.S. Department of Justice. In addition to being the Boeing CEO, Muilenburg is also the chairman and the president of the company. Boeing CEO will now face calls that could possibly get him out off one of those positions at the meeting. Shareholders lawsuit is not the only one. Also, families of the victims have filed lawsuits against the aeroplane corporation. The families are accusing the company of not providing the safety of their passengers, which they have all the right in the world to do so. After everything, shares of the company that are worth $214 billion, lost almost 10% since the crash on March 10th. (to find out more about stocks and shares click here)

Budget airline Flyadeal of Saudia Arabia is still thinking if it should go ahead with its order of 30 Boeing 737 jets, according to its chief executive. The Saudi airline is reconsidering its order after the two fatal crashes of the Boeing 737 in Ethiopia and Indonesia. The Saudi airline already ordered 30 Boeing 737’s with a purchasing option for 20 more in a deal that is worth $5.9 billion. However, Flyadeal has not yet finalised the contractual terms, and they can cancel the order anytime they choose to do so. The airline company is considering the Airbus A320neo, if they decide to cancel the deal they have with Boeing, according to the company’s chief executive. Changing the order will not affect the airline’s expansion plans significantly. Since they would nevertheless have to wait several years to get the new Boeing 737 jets. (to check out more about the battle of Boeing and Airbus read it here) However, the chief executive of Flyadeal has praised Boeing’s communication with its customers since the crash in March that grounded their aeroplanes.

How will the meeting go for the Boeing CEO with the shareholders? I don’t know, but there is a chance that they might strip him of one of his titles in the company. And, if it is okay for me to say, he deserves to face the consequences after the horrid crashes. Now, what will happen with the company? For now, it will probably continue to have losses; however, it will probably all pass and Boeing will get back on track as all the companies that have faced the same problems in the past.