PT ES
7 months ago
Bitfinex vs Poloniex - Find Out the Best One
7 months ago
GTPLUS and GTFTA - An incredible project.
7 months ago
4XCube (4xC) Review – Is It a Good Forex Broker?
7 months ago
Revolut review 2020 - the most detailed review out there!

Ethereum, What is it, What is Good for and How to Use it.

Ethereum seeks to become a "global computer" through which every person connected to the Internet can interact; adding and using your programs or applications. Like Bitcoin, acting like a decentralized platform, not controlled by anyone in particular. And operates on a Blockchain or 'chain of blocks.' Bitcoin offers a single application, which aims to become a payment system. While Ethereum allows anyone to execute code in their network and, therefore, their applications go much further and are virtually endless. Its platform supports, among others, Intelligent Contracts, DAOs, and Ðapps. And in turn uses the Ether, its cryptocurrency, as fuel to interact with it. The young Russian Vitalik Buterin designed it in 2014. Helped later by other programmers and financed collectively. Currently in its third phase of development.

How does it work? 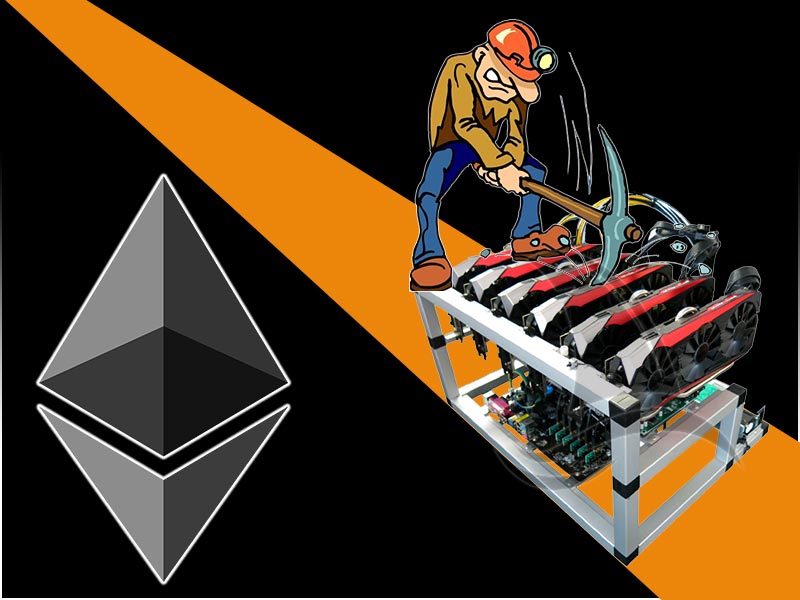 Ethereum aims to become the computer of the world. Instead of operating on the standard servers like any Internet company, runs through "nodes". These nodes are managed by volunteers from around the world, forming an infrastructure we can call a "global computer." These nodes are also computers, just like a server. But what differentiates them from others is not their physical way of exists. They dedicate their resources to maintaining Ethereum's entire network. Nodes are connected thanks to the Internet and the support of Blockchain. Then, a change in one of them is automatically reflected in all others. On the other hand, the Ethereum platform is open source. Which means, any developer can see how it develop and change it or improve it. As well as create new applications on top of it, thanks to the EVM. The EVM The Ethereum Virtual Machine ( EVM ). A software running on the Ethereum network which allows any user to execute any program. Regardless of the programming language used. Ethereum virtual machine E.V.M. It makes the process of creating applications on top of the Blockchain much more comfortable and more efficient. Instead of having to build a completely original blockchain for each new application. Ethereum allows the creation of potentially hundreds or thousands of different apps. All of them in one platform.

WHAT IS ETHEREUM GOOD FOR?

The purpose of creating the Ethereum project is to decentralize and anonymize the Internet. Meaning, taking out of the risk, from treating personal information to those large online companies currently controlling it to return it to the users. The legitimate owners. On the other hand, it allows total anonymity in the network. Allowing complete freedom of expression and commerce throughout the world.

As explored in "What is Ethereum" Ethereum aims to function as a kind of decentralized Internet. And a platform to support smart contracts and applications called Ðapps.

But even if no one controls Ethereum, the system exists far from free. It needs the 'Ether.' A token used to pay for the computational resources required to run applications or programs. Like Bitcoin, Ether represents a digital asset (and to simplify it, we usually call it cryptocurrency). And just like when we use cash, it does not require a transaction to get processed or approved by a third party. But instead of operating as digital currency or payment, Ether seeks to provide "fuel" for decentralized applications in the network. To publish, delete or modify something in the Ethereum network, we must pay a transaction fee in Ether (its acronym is ETH ) for the net to process that change. The Ethereum network, also, formed by every computer working or checking operations in the Blockchain, also called miners. whose miners receive Ether as a reward for executing the actions of the platform. The developers of Ðapps (decentralized applications) are also part of Ethereum since their development work is what will later result in better apps. These, like the miners, receive Ether for their work. We could say the Ether is the incentive to ensure developers write quality applications and the network remains stable. The Ether as a cryptocurrency Therefore, the primary use of Ether is as crypto-fuel. Ether definition, the founding team of Ethereum explains the people who need Ether are mainly developers who intend to build applications on the Ethereum blockchain and users who want to access it and interact with smart contracts. However, many people use Ethers as a cryptocurrency and confuse their name, calling Ethereum Ether.

Its main features are:

The decentralization, the absence of a central bank that controls it. The anonymity, because the addresses to send and receive are random number series. They allow direct transactions much more quickly and safely than those produced with money 'fiat.' Ethers, like a cryptocurrency, can be purchased in different web portals. The most popular is Coinbase, through which you can quickly and easily create an Ethereum wallet and start trading with Ethers. Depending on the people who want to buy or sell it, the value of Ether goes up or down in value. The price of Ether constantly changes as does the cost of shares, currencies such as the euro or the dollar or real estate. Unlike these, however, its value is currently very volatile, and it is not unusual to see variations of more than 15% per day. In short, the Ether represents the fuel moving the Ethereum, the incentive to the worker developers and users of its network and at the same time, the cryptocurrency people and companies are interested in, because of its technology in the opportunity of an investment.

All real currencies have a name: Euro, Dollar, Pound, etc., a name given to the specific unit of that currency. However, in many everyday situations, we pay for products or services with smaller units and larger of that central unit. These sub-measures in each currency receive a name: in the Euro, the sub-measure is the pennies, in the Dollar, they are the pennies, and in the pound, they are the pennies. Cents of ether in the example of the Dollar, equivalence of 1 dollar is 100 cents. And within which the sub-measures are cents, each coin is given a name: The 1 cent coin is called 'penny', one of 5 cents it is called nickel, the 10 cents is called "I don't know" :-), the 25 cents is called 'quarter' (quarter of dollar), and the 50 cents is called 'half a dollar.' In the case of Ether, it is quite similar. The primary measure is the Ether, but measurements are given above and below the Ether. Each measurement below the Ether is 1000 times smaller than the previous size and each measurement above the Ether is 1000 times greater than the last measure.

The names of the measurements below the Ether are, in ascending order from the smallest to the main:

These names, although they are the originals, can be challenging to remember. Therefore, there are those who call them as sub-measures of the Ether based on the International Unit Conversion System: Wei, Femtoether (1000 Wei ), Picoether (1000 Ffentoether ), Nanoether (1000 Picoether ), Microether (1000 Nanoether ), Miliether (1000 Microether ) and Ether (1000 Miliether ). Regarding the measures above the Ether, as they are very used, they are of more straightforward terminology, similar to the one mentioned above for the rules above the Wei. These are: Kether (Kiloether; 1000 Ether) Mether (Megaether; 1000 Kiloether) Gether (Gigaether; 1000 Megaether) Tether (Teraether; 1000 Ggigaether) In the following table you will be able to see more visually a guide of Ether measurements:

How are the Ethers created?

According to the official website of Ethereum, the total offer for Ether and its creation rate got previously decided by the donations collected in the 2014 ICO. The approximate results were: 60 million Ether created to the taxpayers of the presale 12 million Ether (20% of the above) for the development fund, most of which went to initial contributors and developers and the rest to the Ethereum Foundation. 5 Ether each block (approximately 15-17 seconds) is created to the block miner 2-3 Ether is sometimes sent to another miner if they could also find a solution, but their block was not included (called Uncle / Aunt reward). Is the Ether offer infinite? The offer of Ether is not infinite, but its emission is limited to 18 million Ether per year (25% of the initial supply), according to the terms agreed upon at the beginning.

Meaning, although the absolute emission got set, relative inflation decreases every year.

However, in some Ethereum it will go from the Work Test system ( PoW ) to a new consensus algorithm in development, called Casper, which is expected to be more efficient and requires less mining subsidies. The exact method of emission and the equation it will serve is an area of active research, but what can be guaranteed now is: The actual maximum is considered a cap and the new emission under Casper will not exceed it (and it is expected to be lower). Any method finally was chosen to issue it will be a decentralized intelligent contract. Which will not give preferential treatment to any particular group of people, and whose purpose is to benefit the health and general security of the network. The Ether, as we have seen, is the fuel in the form of money that makes the Ethereum network stay alive, is a monetary incentive for everyone who interacts with it, either by providing computing capacity (miners) or original value in the form of code or smart contracts (developers). On the other hand, its name continuously confused with Ethereum, and its token. Often used also as cryptocurrency and monetary investment, due to its constant movement in price.