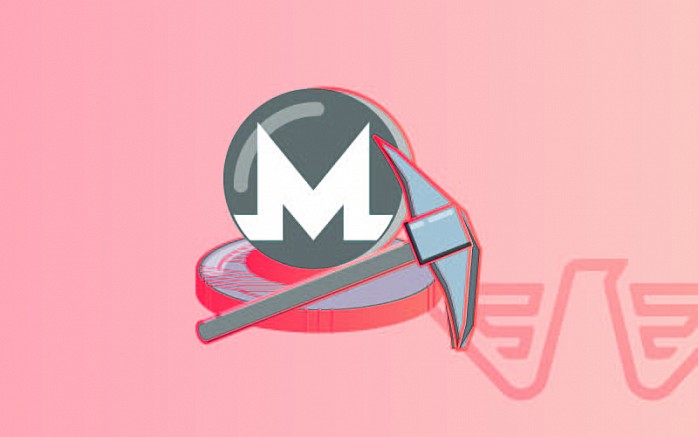 in Crypto / Cryptos / Analysis & Predictions / — by Richard Perry — 4 months ago

When researching something, you’d always want to know what kind of profits you’re making. Of course, you would! Now, let’s say you’d want to mine crypto, where would you start? What crypto would you even pick? Is mining still profitable?

You’d be thrilled to hear that it still is quite profitable. What would you mine? What about something that has a promising future like Monero mining?

Or perhaps, you already opted for Monero mining?

If so, then that’s easy, make sure you’re using the Monero mining calculator. Let’s try to break it all down now!

Some Details About Monero Itself - What is it?

Monero is a cryptocurrency, which focuses on private and censorship-resistant transactions. When looking through other cryptocurrencies, most of them have transparent blockchains.

What that means is ALL transactions are traceable by anyone willing to do so. Transactions can then get linked to someone's real-world identity.

Monero, being that it has a heavy emphasis on privacy, shields you from all that. It uses cryptography to mask the addresses included in the transaction, as well as the amounts of said transactions.

The community sponsors the development of Monero. Therefore, Developers do not withhold any stakes from the project, as it is solely dependent on the community's contributions.

Is it profitable Mining with Monero?

Before going any further, let’s start by understanding the basis of mining Monero and how profitable it is or isn't.

After all, the reason you clicked on this article; you are interested in mining Monero for a profit, or perhaps you are already in the game in which you are seeing reassurance.

The process of mining Monero is under a principle that believes in equality and equal opportunities for all. Therefore, individuals receive a reward for their activities in joint mining pools.

The first step you need to take before you begin mining Monero is deciding whether you want to be a solo miner or join a Monero mining pool.

What is Mining Pool?

A mining pool is a group of Monero miners that bring their hardware together, thereby making it more powerful.

Hence, their chances of verifying transactions in a competitive environment increase. A small pool fee gets charged, and the reward gets equally split between mining pools.

On the other hand, even though you do not have to share rewards when mining by yourself, it is a high risk, especially for beginners.

You would need to invest a lot of money in your hardware, and even then, your chances of verifying a transaction are low compared to mining pools.

How to Mine Monero?

Based on a network hash rate of 307 MH/s and using an XMR – USD exchange rate of 1 XMR = $62.21, the mining metrics remain calculated. The variation of these figures depends on the total network hash rate and the XMR to USD conversion rate.

However, the block reward always fixed at 2.856261298652 XMR, and future block rewards, as well as hash rate, are away from taking into consideration.

One hundred twenty seconds is the average block time that gets used in the calculations.

Well, $0.12 per kWh is the electricity price that is used to produce these metrics. Over time, the network hash rate varies, and all this is evaluated based on new values.

What is Monero Mining Calculator?

Wouldn’t it be great if there was a way to calculate all the necessary costs, like fees, electricity, and necessary hardware, and then know what your mining returns would be?

I bet you can already see where this is going.

It gets different inputs related to the mining hardware setup and applies the Monero mining algorithm over it, which, in turn, calculates the amount of Monero generated.

How to use Monero Mining Calculator?

In the Monero Profit calculator, you will see all the following components:

Difficulty Factor: Just as with all cryptos, the more you mine Monero, it becomes harder to extract precisely.

It gets harder because of Difficulty, which is a metric that evaluates “how hard it is to mine?” right now.

This information does not need to be changed as it directly derives from the Monero network.

Hash Rate: This metric tells you how powerful your miner is. As the more Hash Rate it can produce, the more rewards of mining you will get.

Generally, if someone manufactured your miner, it’s just an online search away to the Hash Rate of a particular miner.

XMR/Block Reward: It shows how many XMR distributed each time a successful block gets mined.

When keeping your balance in the Monero money supply, this information needs to be updated from time to time.

XMR/USD Exchange Rate: Pretty straight forward. Telling you how much USD you can get from 1 XMR.

Pool Fees: When trying to increase the probability of excellent mining, frequently, the miners get together into mining pools. From the earnings, the pool takes a specific fee.

Hardware Cost: How much does buy a Monero miner set you back in financial terms.

Power: It explains how much energy your miner consumes. The manufacturer is responsible for informing you of this piece of info.

Power Cost: Here, you need to clarify how much you are paying for a KiloWatt per hour of electricity in USD. And the Monero calculator can consider that.

How to Calculate Monero Mining Profitability

Monero mining profitability requires effort from miners and mining hardware. There are risks of shutdowns and attacks of Monero without miners.

Therefore, to earn mining rewards and secure the network, miners should solve complex mathematical problems successfully and issue a new block on the blockchain.

With time, Monero's price remains expected to rise, and it will become competitive; therefore, there exists a need to calculate Monero mining profitability.

Some elements can make a difference when using the Monero calculator to calculate the profit. The features that work in the calculation of Monero mining profitability consists of;

What is Hash Power?

A hash comes as a result of a hash function. A hash rate refers to a time taken by a computer to finish a transaction in a particular coin algorithm.

In other words, a high hash rate ensures faster success in determining the next block enabling more rapid rewards.

Therefore, the GPU will indicate the number of hashes that can get finished per second.

This is important when mining: High Power Consumption

Mining needs a lot of juice to keep it going at full speed. The consumption differs based on the efficiency of the PSU used by a miner.

The lower the efficiency, the higher the power consumption is. In other words, when you use the Monero profit calculator, you can discover the difference in profitability because its calculator takes that in to affect.

Therefore, the mining efficiency calculation gets done by dividing the power getting consumed with the hashing speed.

The profits will differ since power tariffs are not the same in all parts of the world.

Also, joining a mining pool rather than going it alone can bring faster rewards. You divide the prize in a pool while you have 100% profits if you succeed.

However, it is crucial to understand that it’s not always profitable.

You may have used the Monero mining calculator and bought the best GPU money can buy. The price fluctuations, volatility, and nature of the industry can result in all calculations going wrong.

It is also essential that you keep a watchful eye on the latest hardware, sell the obsolete hardware, and invest in new equipment. All of which will bring a positive impact on the mining process.

In short, for you to use the Monero mining calculator, you will need to input the required information, such as the cost of electricity and the mining hardware.

After the necessary information, you will notice the estimated amount that the mining process will generate.

Monero demand, supply, and price, as well as mining difficulty, are some of the factors that are important because these factors have a severe impact on the results.

For the blockchain, the inflation rate acts as an incentive to become secured on an ongoing basis.

In the Monero GUI, you can use the mining feature to do solo mining. It is similar to a lottery to check if you can solve the whole mining puzzle randomly for each one of the blocks before any other mining gets to succeed.

For a more consistent payout, you really should try to turn your focus to a mining pool as it is encouraged.