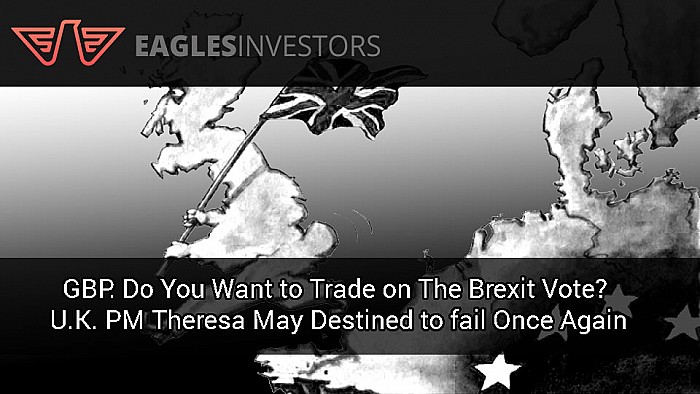 GBP: Do You Want to Trade on The Brexit Vote? U.K. PM Destined to fail Once Again

GBP and the Games of Brexit! Welcome to the end of the Brexit Games where the final decision will be announced at 7 PM London time. How much are you willing to bet on the sterling GBP? Brexit broth some of us healthy returns from trading against GBP since the referendum on 23 June 2016. Britain + Exit = Brexit, jokes aside on that date 51,9% were in favor of the referendum and after two years the sentiment dropped only by 1%. Traders around the world made insane amount of profits trading against GBP in the week that followed. 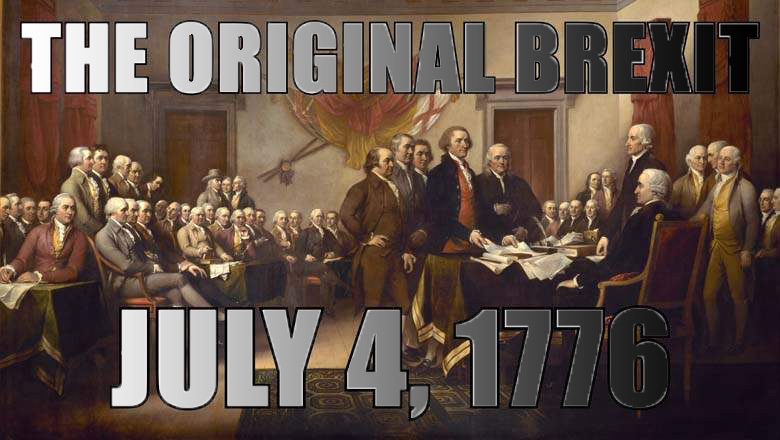 No one knows for sure if her bill will pass or fail since we know how stubborn politicians are but one thing is certain and that’s volatility on GBP. U.K. Parliament is formed by 650 members and for the bill to pass T. May obviously needs 326 supportive votes. However, there is a possibility of the bill to pass even with a lower number since statistically speaking voting members can remain neutral. The Sterling (GBP) will experience a fast rally against its pears of around 250 – 650 pips id the bill passes. The PM T. May also considers a win if the vote will lose by 50 or less. She will immediately release a statement that can include going back to EU for the Backstop Amendment. If she fails, guess what: GBP will drop around 350 pips or more, forcing her to extend the Article 50 or a Hard Brexit.

The answer to this question highly depends on PM May backup plan (if any) where the sterling (GBP) can deep even more than 400 pips. If the bill fails all previous talks will need to be readjusted and the most important of them all is The Brexit Backstop. If you are interested in what is the Brexit Backstop, please click HERE. But I will say only this to consolidate my point: backstop Brexit is nothing more than an insurance policy of the bill will not pass. So, in essence, the backstop amendment concerns Northern Ireland and the Republic of Ireland border will not be a Hard one. I bet some Irish lads are having a pint and a laugh about all this Brexit story and be like: [embed]https://www.youtube.com/watch?v=daB7np-RtOM[/embed]

THE FACTS and NUMBERS Since 2016 when Brexit Referendum Took Place

Allow me to show you how much the GBP dropped 1778 pips in the first week and a total of 3010 pips in the following three months. What’s the amount you ask? Well, it depends on the lot size opened really. However, let’s assume you spotted the opportunity and open a sell position on GBPUSD of five lots. We know that one lot gives us $10 for every pip. So, we have 5 lots X $10 X 3010 pips giving us a total of $150,500. If you're new to forex or don't know what pip calculation is, please click HERE! The above example shows how much one has gained by trading against the GBP. Also, keep in mind that is the average trader account with a risk of 40% and a time period of three months. Whatever the past numbers where many traders made immense amount of profits and now the only difference is the number of pips. 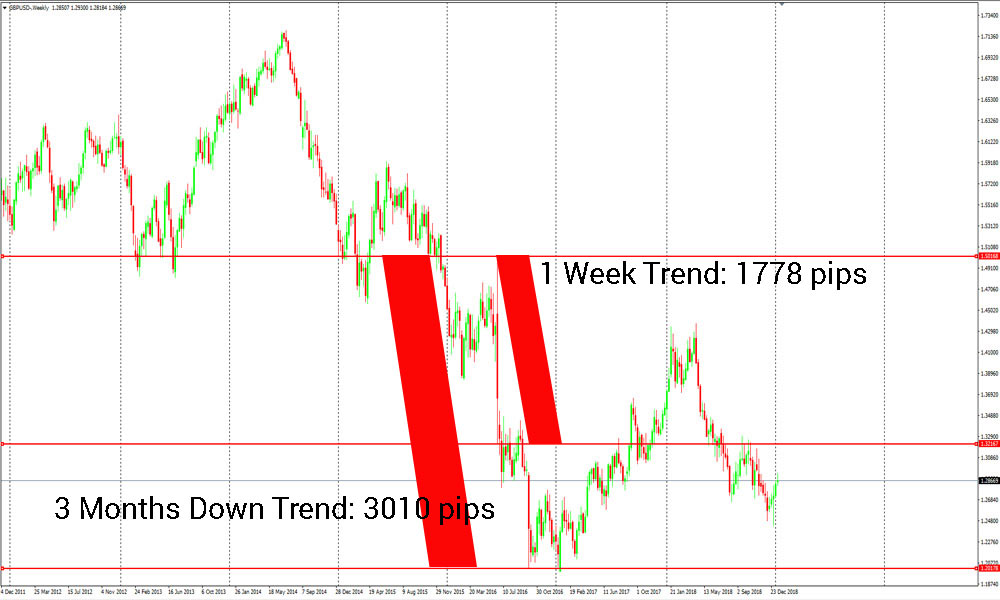 Let’s assume everything goes well and the bill passes an average trader account will be able to generate from $2,500 to $6,500 respectively. Similarly, if the bill fails the average trading account can generate from $3,000 to $4,500 on the falling GBP. To give you an idea those profits are calculated with a volume of ONE STANDARD LOT. Can Traders make more? Of course they can, however, if you’re an average trading account is not recommended because risk will increase. So, if traders understand the risk that comes when trading on volatile events, they also understand the rewards. High risk can bring healthy rewards but can also burn your trading account. This concludes our article and like always I wish you all Happy Trading and Every Success!