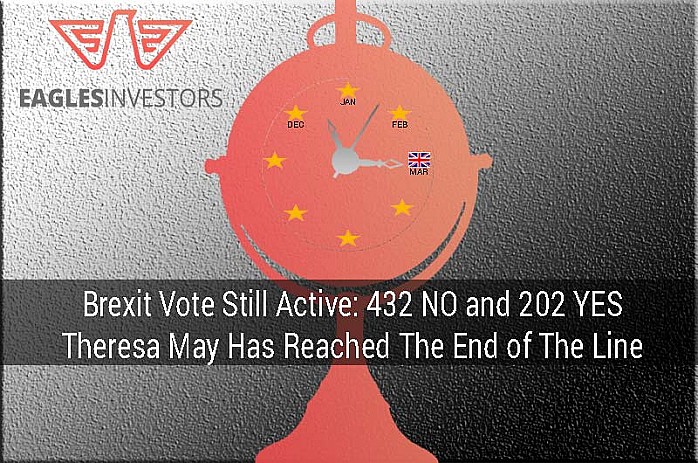 Brexit Vote Still Active: 432 NO and 202 YES, Theresa May Has Reached The End of The Line

Surprise, surprise Brexit vote failed because of no confidence, where “Tory rebels” voted down May’s Brexit deal. T. May asked for a confidence vote in the House of Commons and dared MPs to vote for General Election as she had only 202 backing votes. The pound? Well as predicted in our previous article we reached the 200 pip mark even with the Brexit Vote being negative for T. May.

Why did the Brexit Vote Fail? Potential Shift of Power?

https://youtu.be/uH3yb3uvGnU By the looks of it, Tory is probably encouraging its rebels’ MP followers to overtone T. May. The last night action proved that is not about the Brexit Vote anymore but the governmental power. After her defeat, T. May declared that she will do everything to fight against a potential attempt to unseat her. Whether she stays in power or not Brittan will still face a period of political uncertainty. It looks like politicians are concerned about T Mays political career than the Brexit Vote. She also declared after the Brexit Vote: "If the house confirms its confidence in this Government, I will then hold meetings with my colleagues, the DUP and senior parliamentarians from across the house to identify what would be required to secure the backing of the house.”

Time is Running OUT

The deadline is March 29 and as far as the Brexit Vote is concerned we can say that no progress was made. Another pressing matter is the people of the U.K. who are starting to get pissed with the political nonsense going on now. Moreover, after the Brexit Vote failed last night, Twitter went berserk, Brits started to react with memes on T. May defeat where the opinions are divided. The PM asked the Commons to confirm if his government still benefits from the confidence of the house. She also said: "Every day that passes without this issue being resolved means more uncertainty, more bitterness, and more rancor.” "I ask members on all sides of the house to listen to the British people, who want this issue settled, and to work with the Government to do just that."

[embed]https://www.youtube.com/watch?v=eBAdu-WExxM[/embed] SO, T. May sill have powerful people in the parliament backing her and the Brexit Vote. However, this is not about who has bigger back but more of who has the biggest EGO. Unfortunately, he also said that the rebels against the Brexit Vote are playing with peoples lives. He stated last night, quote: "If you were a litigant in a court, if you were dependent upon having concluded a contract on the basis of EU law and you found yourself suddenly with the rug pulled from under you, not knowing what your legal obligations would be, you would say to this house: 'What are you playing at? What are you doing? You are not children in the playground, you are legislators.”

The pound is doing surprisingly well considering the chaos after the Brexit Vote trading from 1.2895 to 1.2825 against the dollar. So, only 71 pips for now but this afternoon we are expecting some press release and hopefully higher volatility. 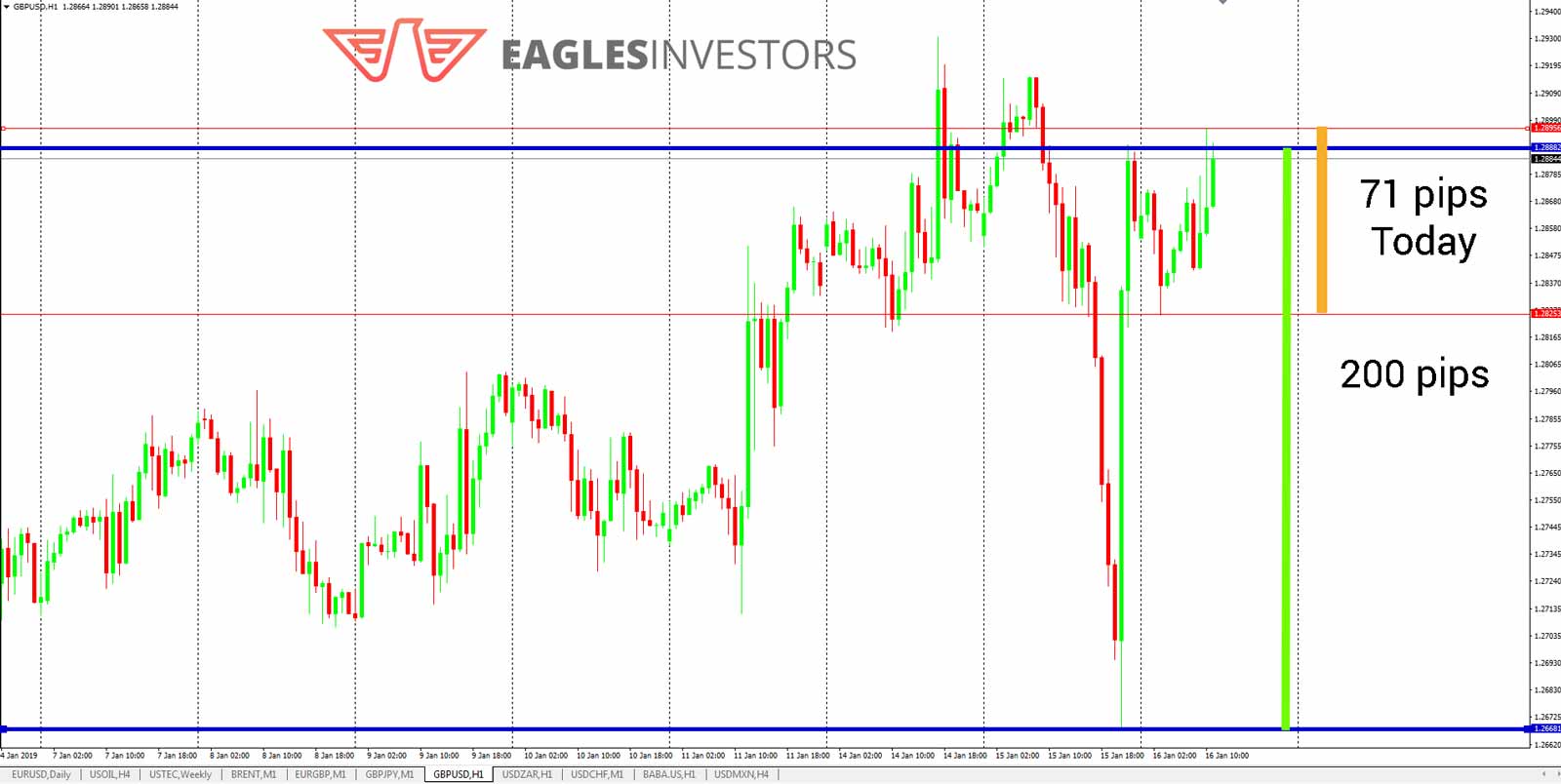 The question remains if the MPs will try to sabotage again a new Brexit Vote if any but one thing is for sure, volatility both ways. From a traders’ perspective, that’s amazing, however, for the Brits that’s not good if the pounds drop. Also, if NO DEAL the pound might drop as much as 400 pips or even more. Not only that the pound will suffer but the overall GDP will suffer, since more business will move out from U.K. The aftermath with the referendum in 2016 showed us exactly what can happen and we all know that history repeats itself.

Before and after the Brexit Vote 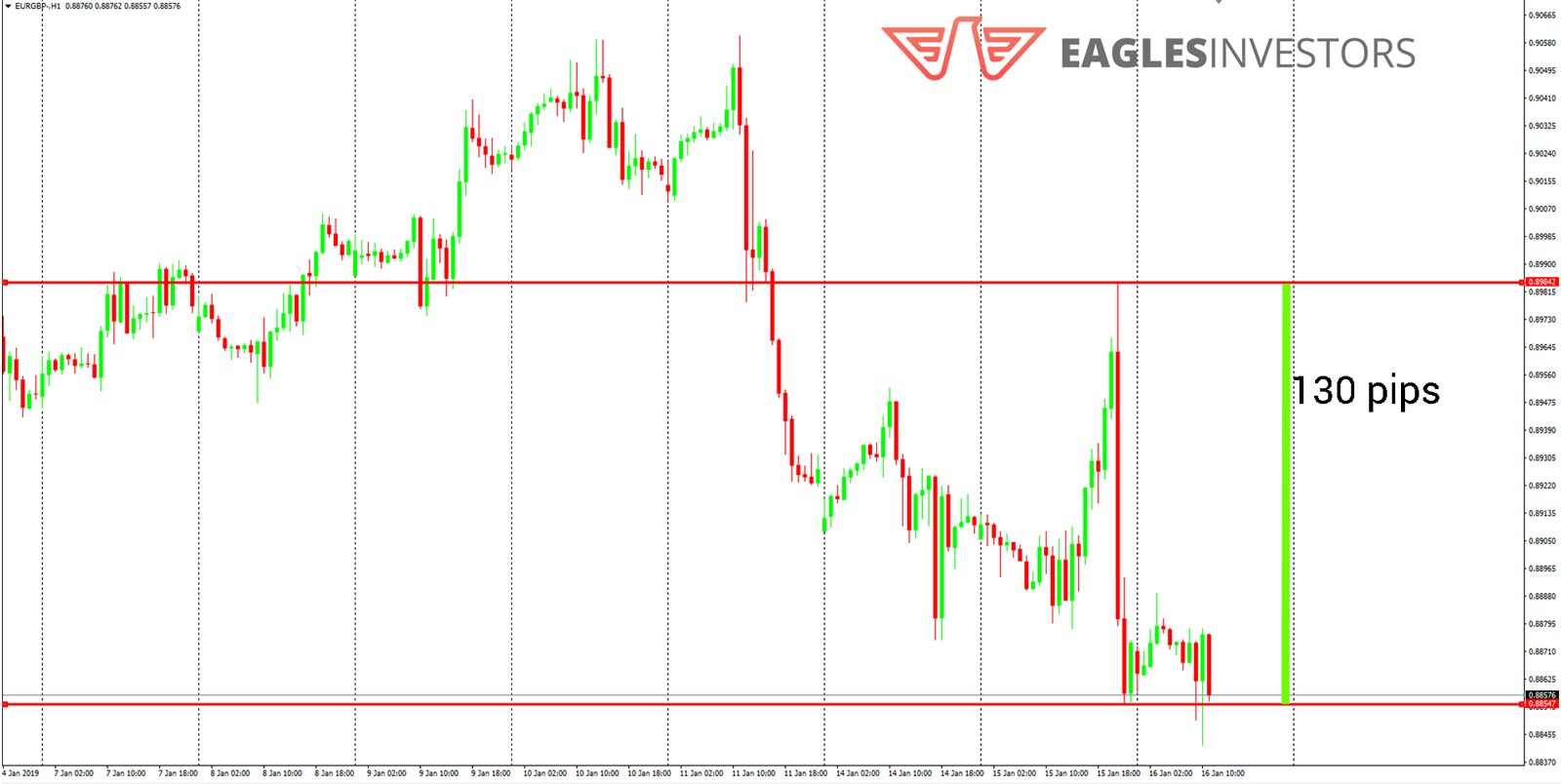 Markets prepared in advance and GBPUSD was trading as low as 1.2668 at exactly 7 PM London time. With the Brexit Vote ending and falling the pound kept on rallying as high as 1.2888. As we speculated on our previous article before the vote the numbers are adding up. Traders that opened long on GBPUSD made at least 200 pips. If they traded with a standard lot that’s a profit of $2000 from a single pair. EURGBP was trading at 0.8984 and reached 0.8854. So a sell would bring you $1300 if you traded a standard lot and catch the 130 pips. GBPJPY was trading from 137.36 to 140.03 that’s 267 pips. Trading with a long position and a standard lot will bring you a profit of $2,500 from 250 pips.

Three different trades placed on the same event had the potential of bringing you a total of $5,800. 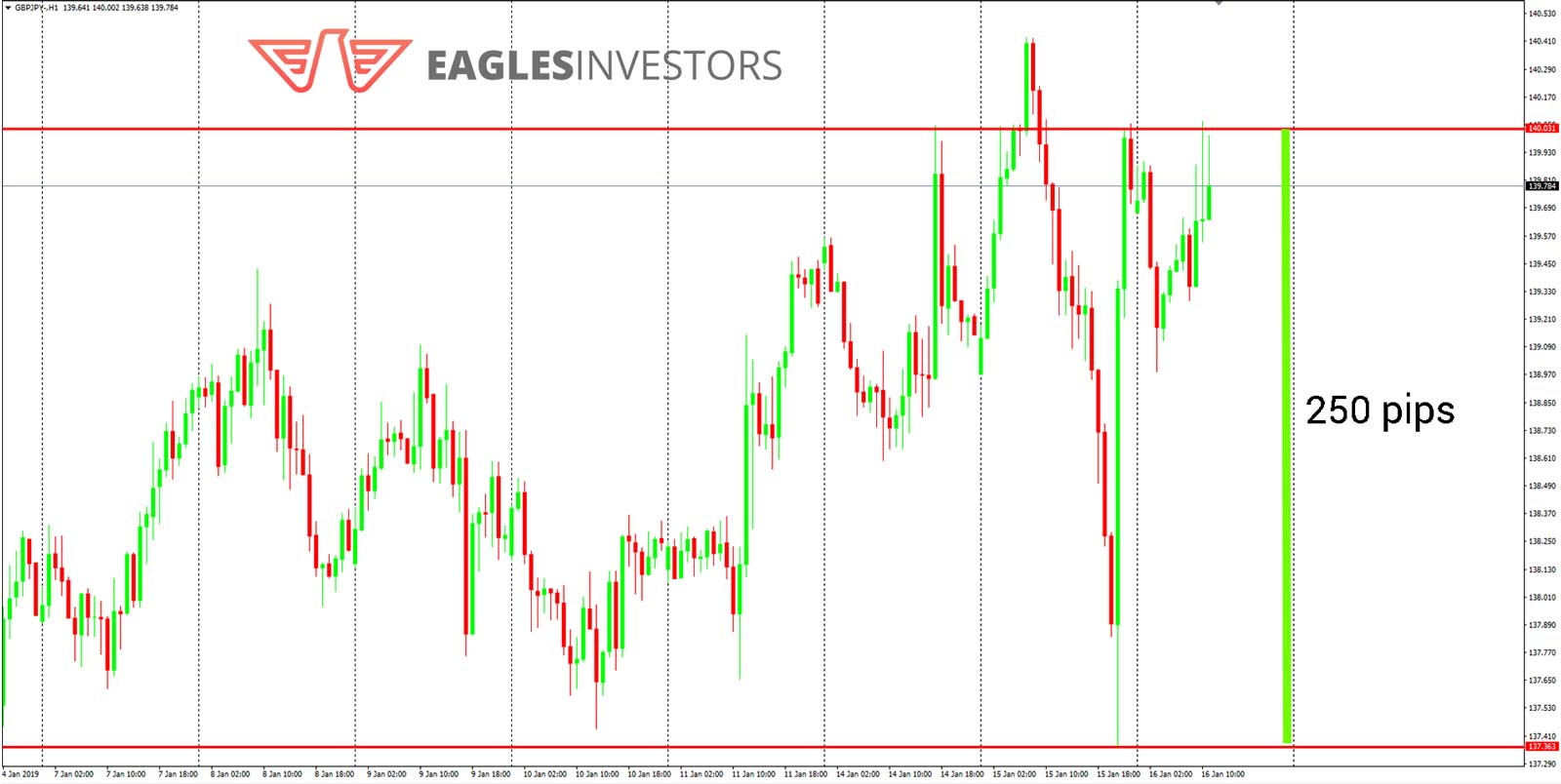 I hope our readers took advantage of the opportunity and generate healthy profits. Like always I wish you Happy Trading and Every Success!