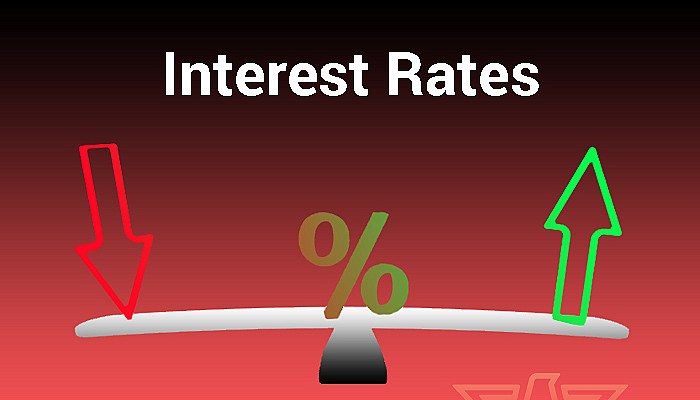 The Impact of Interest Rates on The Forex Market

in Economy / Analysis & Predictions / — by Richard Perry — 2 years ago

Though there are a lot of elements that contribute to the assessment of currencies, one of the most significant factors to think through is the country’s interest rate. Interest rates affect the forex market in a big way. Buying into a nation with very high-interest rates while simultaneously selling in states that have lower interest rates is how the FX game goes. In fact, with all else being equal, forex traders must concentrate on interest rates more than anything. Nonetheless what effect do interest rates essentially have on an economy and how can forex traders utilize take advantage of them to increase their pips?

What are Interest Rates and What Do They Do? 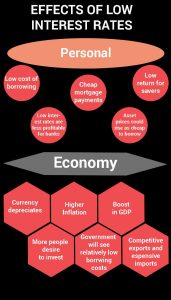 When analyzing a country’s economy, interest rates are mainly used to control inflation. A flourishing state will have so much “free range money”. This is a surplus of money that exists in a country available to people. They buy homes or going on vacations — they spend the money they have instead of saving it. This extensive spending causes goods to become more expensive. This is because of supply and demand. This also creates a nasty circle that at the end of the day a gallon of milk will be more than $100. To avoid this situation, banks will increase interest rates hoping that it will prevent people from taking on any more debts. It is also limiting for businesses. Since a lot of business transactions happen on credit, a rise in interest rates will end up costing them millions for additional operations. Sooner or later the economy will calm down, then the interest rates will decrease so that more citizens can have access to free-range money, and the procedure starts all over again. Central banks have a subtle juggle between avoiding inflation and maintaining a healthy economy.

What effects do interest rates have on currencies?

The most straightforward answer is that it influences global investors to pour their money into countries for them to receive a portion of the returns. As interest rates rise, the demand for that particular countries currency goes up. If a country’s interest rates go up over an extended period, it can result in a broad trend against other currencies. Funds will keep flowing into these currencies up until there is some sort of sign that the party will soon end.

The disadvantage of this approach is that it is very risk sensitive. Whatever could affect global economies can essentially stir up an interest rate trade. This type of stir does not come often, however when it does; it leaves chaos in its wake for anyone who isn’t ready. During the 2008 financial crisis, high-interest currency pairs occasionally moved over 1000 pips in a day as the economy became very uncertain worldwide. For months after this, every time any step of the recovery seemed unstable, similar smaller flip outs would occur. In some cases, a country might have a high-interest rate but have a deteriorating currency. Such a difference often indicates that the interest they are paying is not worth the risk. It also shows that the rates will soon be lowered. Here are ten way you can benefit from an increase in interest rates

Investing in a brokerage firm 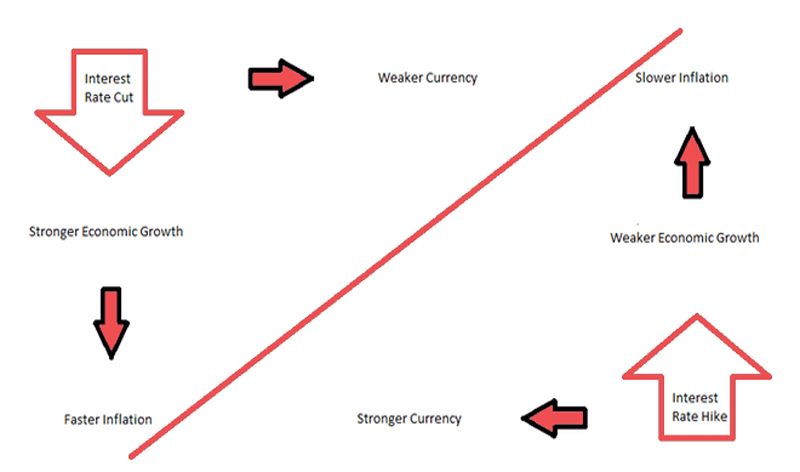 Brokerage firms make money from interest received on clients’ accounts cash balances. As you would expect, they earn more interest at a time when rates are high. An evaluation of the 2003-2004 period, where the federal funds rate went up from 1.25% to 2.25%, indicates that major online brokers like E*Trade and Charles Schwab enjoyed an increase of 38% in interest income and as a result a 10% improvement in operating profit margins.

Cash-rich companies will also profit from increasing rates, making more from their cash reserves. Investors may search for companies with minimal debt-to-equity (D/E) ratios or corporations with vast percentages of book value in cash.

Those with adjustable-rate mortgages (ARMs), or businesses with adjustable rate funding of some sort, would be wise to refinance with fixed-rate funding, securing the least possible interest rates for the long run. Buy With Financing Now Businesses or individuals arranging significant purchases as well as capital expenditures should consider purchasing now when they can still lock in low long-term rates. The purchases that are made prior to the substantial rise in interest rates can result in considerable savings in financing charges and general long-term costs.

Invest in Technology and Healthcare Stocks

Majority of the companies in the healthcare and technology sectors lock in more massive profits as retained earnings to reinvest into development, instead of paying them out as dividends. History has proven that such a stance often leads to improved revenues in a rising rate atmosphere. In the past 13 periods of increasing interest rates. Throughout the past half century, the technology and healthcare sectors had average gains of 13% to 20% for the first year following an interest rate rise. In comparison, the S&P 500 Index only had total average gains of between 6% and 7%.

Bond investors can reduce portfolio volatility at a time when rates are rising, by shifting to bonds with lesser terms to maturity or by buying bonds with coupon rates that drift in concert with the market rate. Investing in Payroll Processing Companies Payroll processors, like Automatic Data Processing and Paychex, usually keep large cash balances for their customers in the phases between Paychex, when the cash is distributed as payroll. These companies should experience improved interest revenues when interest rates increase.

Businesses or individuals with extra property or additional assets can profit by selling them before the rates start to rise. Buyers are probably considering purchasing now while they can still secure low, long-term rates. So they could be willing to pay premiums to obtain the desired assets before rates start going up.

Increasing rates usually mean increasing prices as well. Companies that can secure long-term contracts with suppliers can enjoy better margins by staying away from increased costs.

Real estate prices often rise with interest rates, and sometimes even outpace them. Purchasing real estate or investing in (REITs) is another way to appreciate profits from a rising rate environment.

Escalating interest rates may seem like a bad thing for individuals who are looking to get a loan. However, investors can benefit from planning and buying the right kind of investments. There are always several factors that affect the movement of a currency. But interest is at the top of that list, only accompanied by risk. If you can recognize those two factors when trading, you will be fine as long as you don't overdo it.