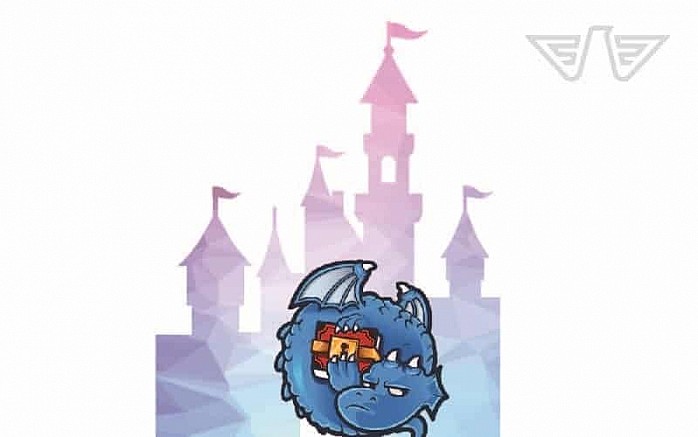 in Cryptos / Analysis & Predictions / — by Richard Perry — 2 years ago

Disney has its very own cryptocurrency Blockchain protocol by the name Dragonchain. Dragonchain is one of the newer blockchains that has been luring in cryptocurrency fanatics since its relaunch. Its unique features and technology make it appealing and might even compete with Ethereum at some point. Let us see what Dragonchain is and what makes it fascinating and different from other Blockchains. before you go any further you might what to have a look at our blockchain explanation here, then come right back!

It is a Blockchain oriented company founded by Disney. Disney created this Blockchain platform in 2014 and then, later on, developed it into an open source Blockchain. Since 2017 the Dragonchain has been functioning as a non-profit platform run by the Disney Foundation. Dragonchain encourages coding flexibility, scalability, and security from a business point of view on a blockchain. It aims to be more advanced in those areas than the existing blockchains such as Ethereum and Bitcoin. (more about Ethereum) Dragonchain offers; Advanced currency implementations It offers a system that is serverless as well Established smart contract language support (Java, Python, Node, C#, Go, etc.) It provides security for a business’s data and operations Libraries of smart contracts Currency Agnostic All these features work together to provide businesses with less development costs, faster project marketing, increased projected scalability, as well as improved security levels. Therefore it makes for a great environment for organisations to operate their decentralised applications.

Following are features that this blockchain has that makes it different from other blockchains;

The Disney Blockchain permits development and integration before knowing the model, which assists organisations in leveraging their models. Therefore when the system is functioning, and there is real and adequate data then you can apply monetisation.

Turnkey solutions that you can customise

This is one of dragonchain’s most significant differentiating factor that sets it apart from all the other Blockchains; it allows organisations to design smart contracts with ease using an assortment of languages such as; Java, Python, C# and Node. Moreover, these smart contracts can be customised according to the needs of the business to incorporate both public and private communications.

The smart contracts dealing with currency aid in the transfer and retrieval of an organisation’s specified amounts between wallets; and also check the balance using ERC20, ERC223 and so on.

What is the purpose of Dragonchain?

Generally, it's purpose is to allow companies to implement blockchain easily into their business operations. Several companies are leaning more to blockchain because of the benefits it provides such as; transaction security, efficiency, fewer scams and fraud which means lower costs. Furthermore, many confuse Dragonchain for being a cryptocurrency; it is not! Rather it is a Blockchain network that is powered by the token (DRGN) Dragon; this token is useful on dragonchain to complete specific tasks.

Dragonchain has amazing features that it’s no surprise comparing it to Ethereum and Bitcoin ; as it is strong enough to compete with the Ethereum blockchain, in my opinion. The five-layer security system is a nice touch that solidifies the reliability of Dragonchain; especially in its venture to help businesses incorporate blockchain in their system. I for one cannot wait to see what further developments Dragonchain has in store.