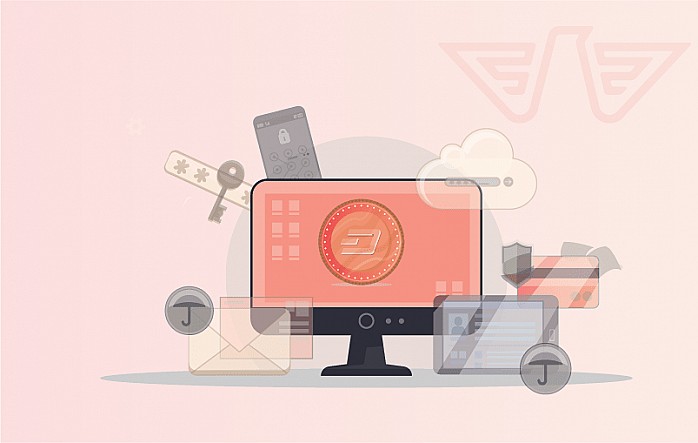 in Crypto / Cryptos / Analysis & Predictions / — by Richard Perry — 4 months ago

Dash cryptocurrency is dashing to the forefront and not looking back. It is unlike all other cryptocurrencies; its unique features and intended purpose are just two of many reasons why it has unbelievable potential. Let's learn more about what makes dash cryptocurrency the coin to look out for.

What is Dash cryptocurrency?

Dash cryptocurrency is a peer to peer electronic way of making payments. It is decentralised, which means that it does not need to abide by the centralised rules and regulations; like government or bank authority. Nevertheless, dash cryptocurrency lets its users carry out transactions anonymously. Moreover, dash is a derivative of Bitcoin; and it originates from the same technology that made Bitcoin what it is today. However, there are a few differences between  dash and Bitcoin; and these are as follows;

One obvious difference is the fact that unlike bitcoin and other cryptocurrencies dash is not a development platform. In terms of anonymity, Bitcoin is great, but it does not compete with dash cryptocurrency; and this is one of its biggest differentiators and attributes. Let’s talk master nodes Master nodes were introduced by dash to give its users incentives with payments; just to add some interesting features and protect the network. To host a master node operators have to pay 1000 dash. And for every dash coin that is mined, master node operators often take 45% of that reward. Other feature that dash has that bitcoin doesn’t include; Self-sustainable decentralised governance InstaSend PrivateSend

What is the purpose of dash cryptocurrency?

Dash cryptocurrency was designed to solve three major problems; which include overall governance, speed of transactions, and the absence of privacy. Let's go over some ways in which dash can solve these problems that are troubling the crypto world. The first one is the master nodes which we have already discussed, which aids in transferring funds instantly. Then there is the PrivateSend feature; a coin mixing model that is inbuilt and aims to improve the aspect of anonymity; simultaneously outperforming other altcoins when it comes to privacy. Last but not least governance. According to the developers of Dash Cryptocurrency, its governance model is better than that of Bitcoin. The development of Bitcoin depends on contributions from the community; whereas Dash cryptocurrency funds itself with the funds generated from transaction fees. Moreover, any individual that is part of the dash network can suggest new features and improvements for the overall infrastructure. When the proposal is available, the master nodes will vote and provide a yes or no answer. If yes, then the Dash block reward will fund the proposal.

What is the future of dash?

Dash cryptocurrency is a very good option for those who value privacy and fast transactions. However, Dash is still changing and developing in the most remarkable ways. One of its major developments includes launching Evolution; which is supposed to make using digital cash easy and available to all users. Evolution, along with other anticipated developments are focusing on creating a user-friendly experience for their users. The future of Dash looks like this;

‘ simplifying cryptocurrency to allow the average users to utilise this digital payment method without a hassle.’

The evolution of Dash cryptocurrency is one to watch!